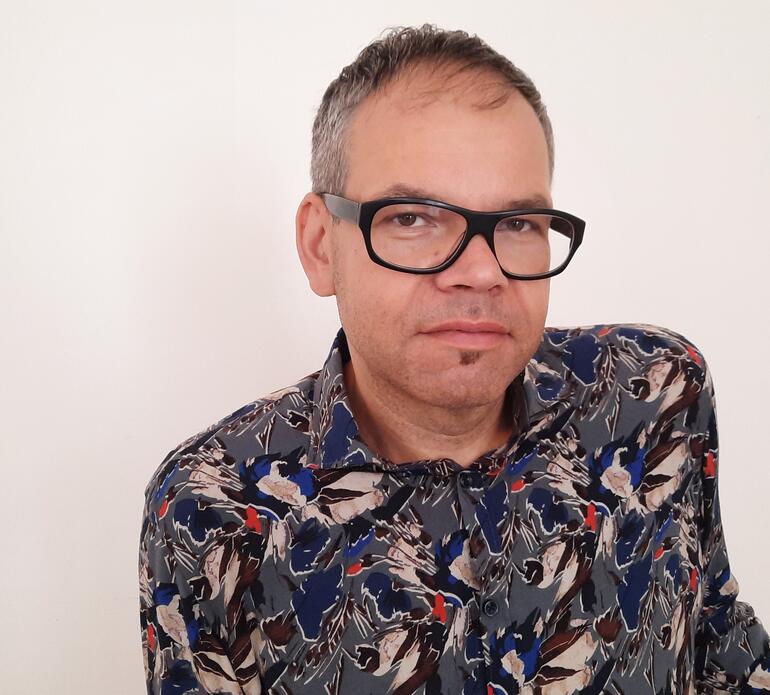 Eric Kressnig was born in Klagenfurt in 1973 and studied with Gunter Damisch at the Academy of Fine Arts in Vienna from 1996 until 2001. He is the recipient of numerous prizes and grants, for instance the BA/CA Kunstpreis in 2002, the Austrian Scholarship for Fine Arts of the Federal Ministry of Education, Arts and Culture in 2002, the Promotion Prize for Fine Arts of the Province of Carinthia in 2012, and the Kunstpreis of the Kärntner Volksbank in 2015.  His works have been shown in solo and group exhibitions in Austria and abroad and are represented in public collections such as the Österreichische Galerie Belvedere, the MMKK Museum Moderner Kunst Kärnten, the Graphic Collection at the Academy of Fine Arts in Vienna, and the Artothek des Bundes at the BMUKK in Vienna. Eric Kressnig lives and works in Vienna.