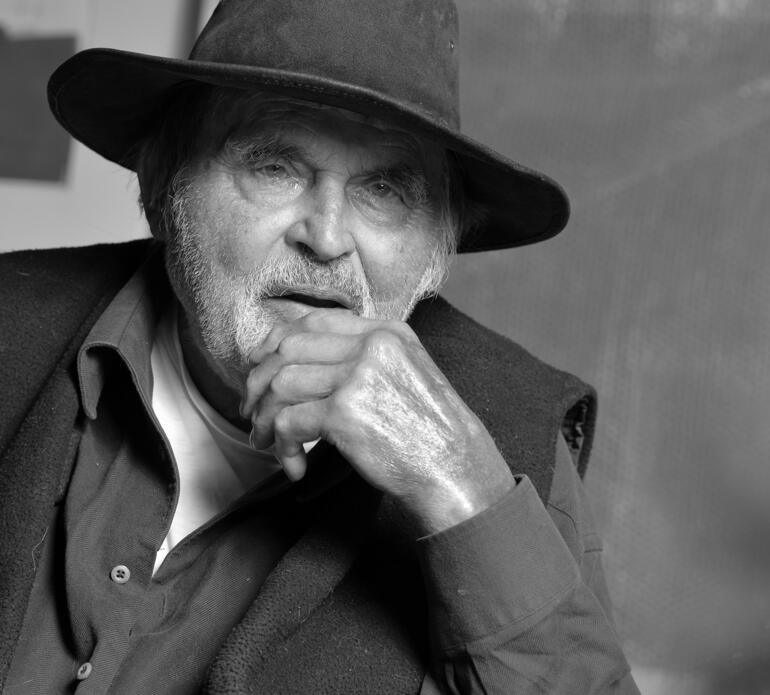 GISELBERT HOKE was born in Warnsdorf in Northern Bohemia in 1927. He studied under Robin Christian Andersen and Herbert Boeckl at the Academy of Fine Arts Vienna. In 1950, he was awarded 1st prize in a competition to design a fresco painting for Klagenfurt train station and this design was implemented in 1956. After receiving a scholarship from the French government, he moved to Paris in 1953 where he lived for a year. From 1974 to 1995, Hoke was a Professor of Artistic Design in the Faculty of Architecture at the Graz University of Technology. During the 80s, he was course leader for the International Summer Academy in Salzburg on several occasions. In 1976, Hoke set up his own workshop containing a studio and work space alongside the Castle Saager in Carinthia, which he purchased in 1961. He lived and worked there as an artist.  Giselbert Hoke died in April 2015.