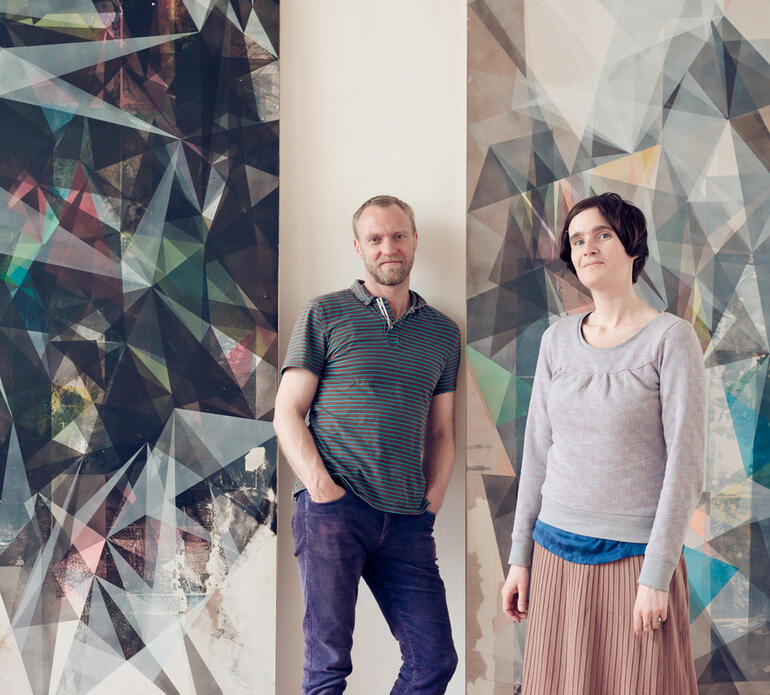 Irena Eden, born in Hamburg in 1974, and Stijn Lernout, born in Antwerp in 1972, live and work in Vienna. After training at the Muthesius Kunsthochschule in Kiel (2000-2004), studying abroad at the Akademija likovnih umjetnosti Sarajevo (2003) and further studies at the Kunsthochschule Berlin-Weissensee (2003-2004), they were founding members of the Berlin-based artist-run gallery 'Cluster' from 2006 - 2008. Stijn Lernout taught sculpting at the Kunsthochschule Berlin-Weissensee from 2012-2013. Irena Eden and Stijn Lernout have received numerous grants and prizes including the Theodor Körner Fond Award 2014. Their works have been displayed in solo and group exhibitions in various European countries and Tunisia.