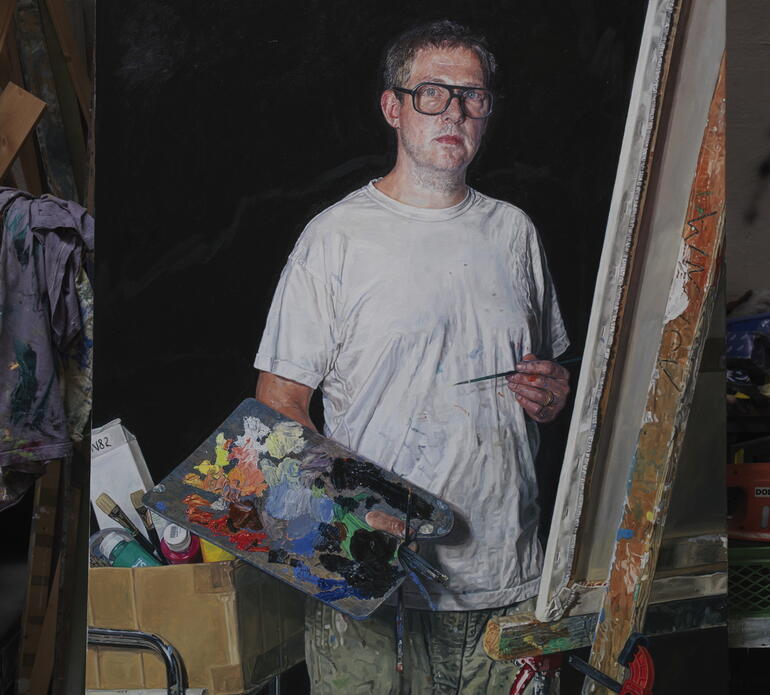 Ulrich Lamsfuß was born in Bonn in 1971. He began his training at the Academie voor Beeldende Kunsten Rotterdam in the Netherlands (1991 – 1992) and continued his studies in Germany at the Kunstakademie Düsseldorf (1992 – 1993). He then moved to the Hochschule der Künste Berlin (1993 – 1999) where he completed a masterclass with Georg Baselitz. His works have been displayed in numerous national and international solo and group exhibitions. Ulrich Lamsfuß lives and works in Berlin.