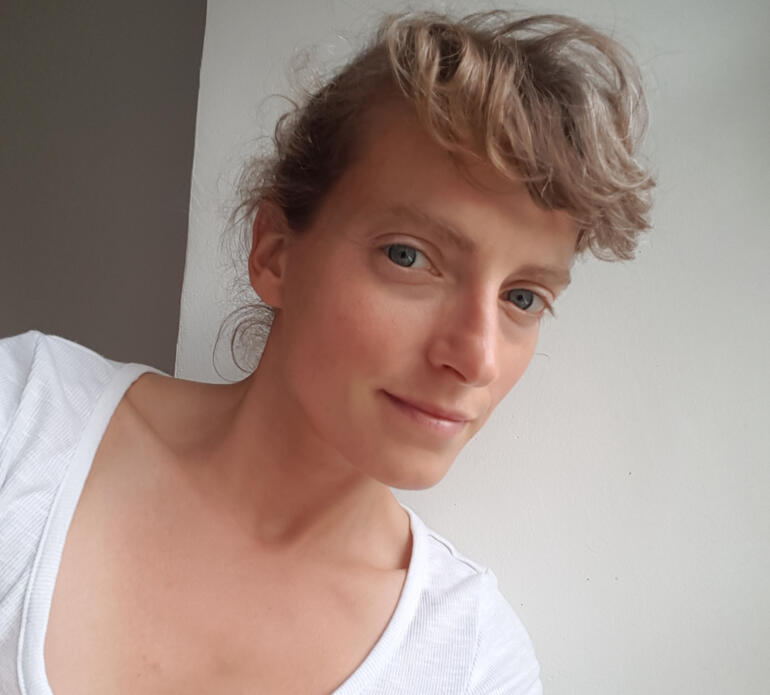 Laura Stadtegger was born in Graz in 1984. She studied painting, tapestry and animation under Christian Ludwig Attersee at the University of Applied Arts in Vienna from 2003 to 2006 and graduated in 2007. From 2006 to 2007 she spent a year abroad at the School of Visual Arts in New York. In 2008 she moved to a studio in Amsterdam, where she spent the next two years. Laura Stadtegger has taken study trips to North America (New York, Los Angeles and San Francisco) and South America (Lima and La Paz). In 2016 she took part in an artist-in-residence programme organised by Art Castle International in Trivandrum, India. Her works have been displayed in solo and group exhibitions, both in Austria and elsewhere, including in the No Plastic exhibition at the ORF Centre (of the Austrian television channel) in Graz in 2011 and Positions under 40 at Schloss Tabor, Neuhaus am Klausenbach, in 2017. In the same year the Steiermarkhof educational centre in Graz displayed 50 of her works in a comprehensive solo exhibition entitled Leuchtfeuer (Beacons). The artist has lived and worked in Munich and Graz since 2011.