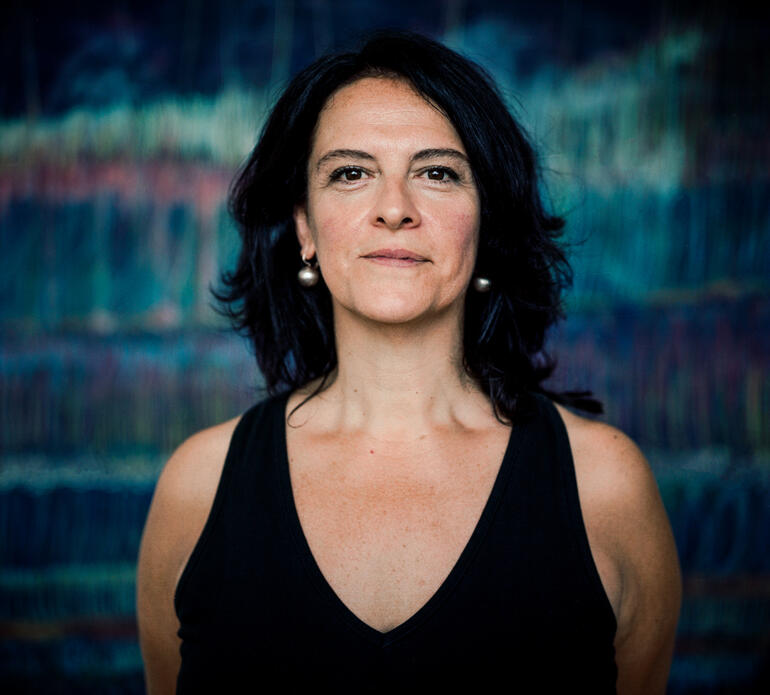 Michela Ghisetti was born in Bergamo, Italy, in 1966, and has lived and worked as a freelance artist in Vienna since 1992. She studied painting and graphic design at the Carrara Academy of Fine Arts in Bergamo from 1988 to 1992, followed by further studies of the same subjects under Gunter Damisch at the Academy of Fine Arts in Vienna from 1992 to 1996. Her works have been displayed in numerous solo and group exhibitions in Vienna and elsewhere, and they have also featured in private and public collections, such as the Albertina in Vienna, the Angerlehner Museum in Wels, the Urban Collection in Waidhofen, the Austrian Federal Ministry for Education, Arts and Culture (BMUKK) in Vienna, the Art Collection of the City of Vienna and the Strabag Collection in Vienna. The Albertina will be holding a large-scale retrospective for Michela Ghisetti in 2021. The artist has received several rewards, including the STRABAG Artaward International in 2005.