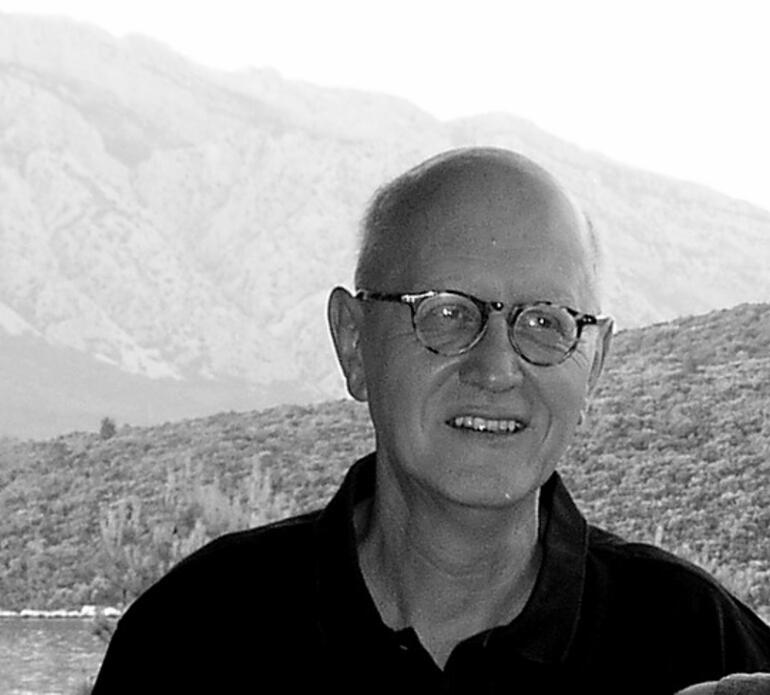 Peter Pongratz was born in Eisenstadt in 1940 and grew up in Graz, where he spent his youth as a percussionist in various jazz bands. He studied painting at the Academy of Fine Arts in Vienna from 1960 to 1963 and then attended the University of Fine Arts in Berlin from 1963 to 1964. From 1966 to 1970 he worked as an assistant for Max Weiler at the Academy of Fine Arts in Vienna. Peter Pongratz was one of the founding members of the Wirklichkeiten (Realities) Group, together with Wolfgang Herzig, Martha Jungwirth, Kurt Kocherscheidt, Franz Ringel and Robert Zeppel-Sperl. The group met for the first time in 1968 for an exhibition of the same name at the Viennese Secession. Peter Pongratz also spent many years as a stage designer, working with authors such as Wolfgang Bauer, Peter Handke and Gerhard Roth. He undertook a range of study trips to various European countries as well as Australia and the South Sea. He has received several rewards, including the Joanneum Art Award in 1965, the Fine Arts Award of the Province of Burgenland in 1977, the Fine Arts Award of the City of Vienna in 1978, the Austrian Honorary Award for Fine Arts in 1980, the Styrian Honorary Award for Fine Arts in 1997 and the Gold Medal of Honour of the City of Vienna in 2006. He lives and works in Vienna and on the Croatian island of Korčula.