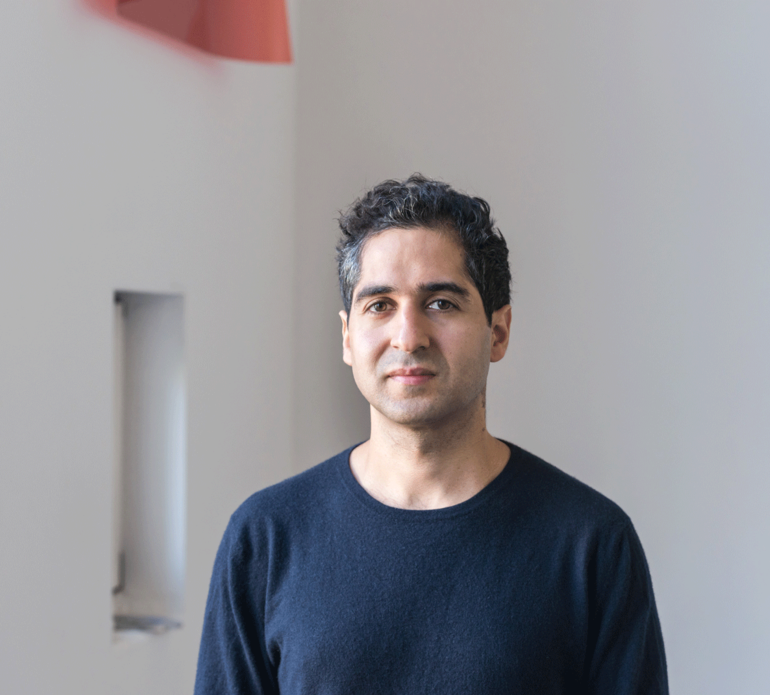 Rozbeh Asmani was born in Shiraz in Iran in 1983. He studied media art at the Academy of Fine Arts Leipzig from 2003 to 2009 where he was a master scholar of Günther Selichar from 2010 to 2012. He completed a postgraduate course at the Academy of Media Arts Cologne from 2012 to 2015. From 2015 to 2018, he was a member of the Junges Kolleg for young scholars at the North Rhine-Westphalian Academy of Sciences, Humanities and the Arts. Rozbeh Asmani has received numerous awards including a scholarship from the German Academic Scholarship Foundation, Bonn (2008–2010), the Artist Development Prize from the Academy of Media Arts Cologne (2013) and the working scholarship from the Art Foundation, Bonn (2018). His works have been featured in national and international solo and group exhibitions including the Museum of Prints and Drawings Berlin, the Museum of Arts and Crafts Hamburg, the Bonn Museum of Modern Art and the Museum of Contemporary Art Leipzig. He lives and works in Cologne.