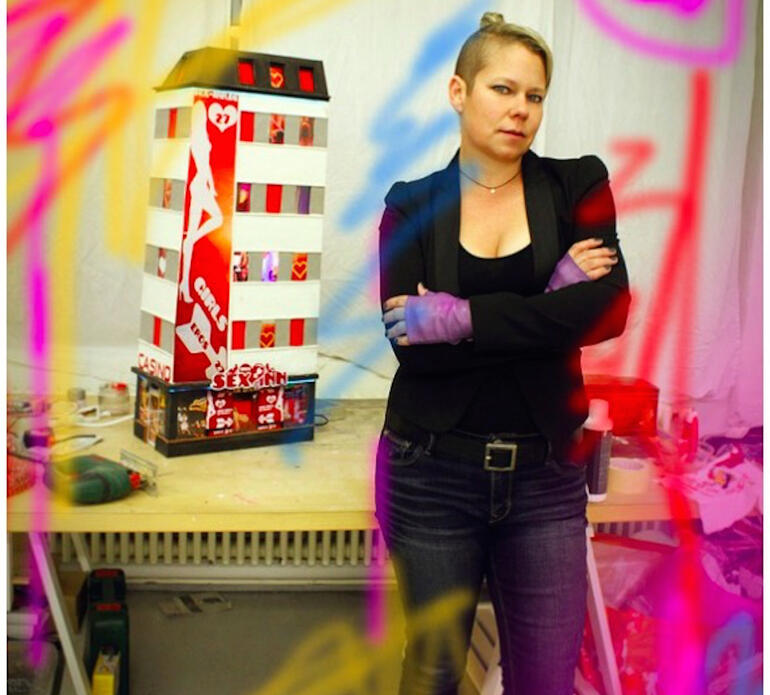 Tracey Snelling was born in Oakland in the USA in 1970 and in 2012, acquired her Bachelor of Fine Arts at the University of New Mexico in Albuquerque in the USA. She has been the recipient of several awards and recently accepted the Joan Mitchell Foundation prize (Painters and Sculptors Grant, 2016). Her works have featured in numerous solo and group exhibitions in the USA, China and various European countries including institutions such as the Gemeentemuseum Helmond, Netherlands (2015), Shanghai Zendai MOMA, China (2010), Museum of Arts and Design, New York (2011), Kunstmuseen Krefeld, Germany (2010), Museo de Arte de Banco de la Republica, Bogotá, Columbia (2013) and the Stenersen Museum, Oslo, Norway (2012). The artist lives and works in Oakland, USA and in Berlin.