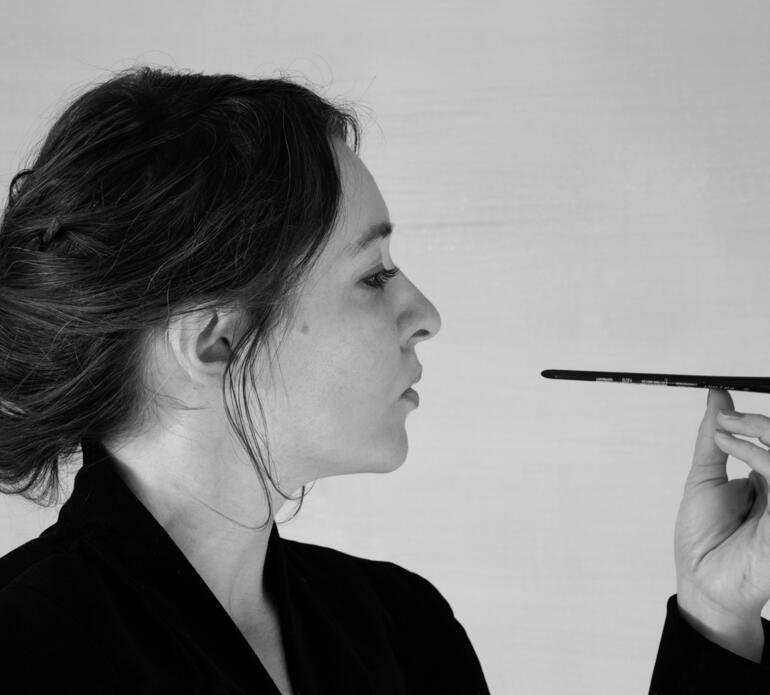 Alina Kunitsyna was born in 1981 in Minsk, Belarus. She began training in her home town, where she studied painting and graphic design at the Lyceum of Art. From 2000-2002, she studied painting and graphic and design with Ursula Hübner at the University of Design in Linz, from 2003-2005 new media with Peter Kogler at the Academy of Fine Arts in Vienna, and in 2007 she received her diploma while studying with Constanze Ruhm. Alina Kunitsyna has received several awards, including the fine arts advancement award presented by the State of Carinthia in 2009, and the art and digital media prize presented by the Academy of Fine Arts in Vienna in 2007. Her works have been displayed at solo and group exhibitions in Austria and abroad. The artist lives and works in Vienna and Damtschach, Carinthia.