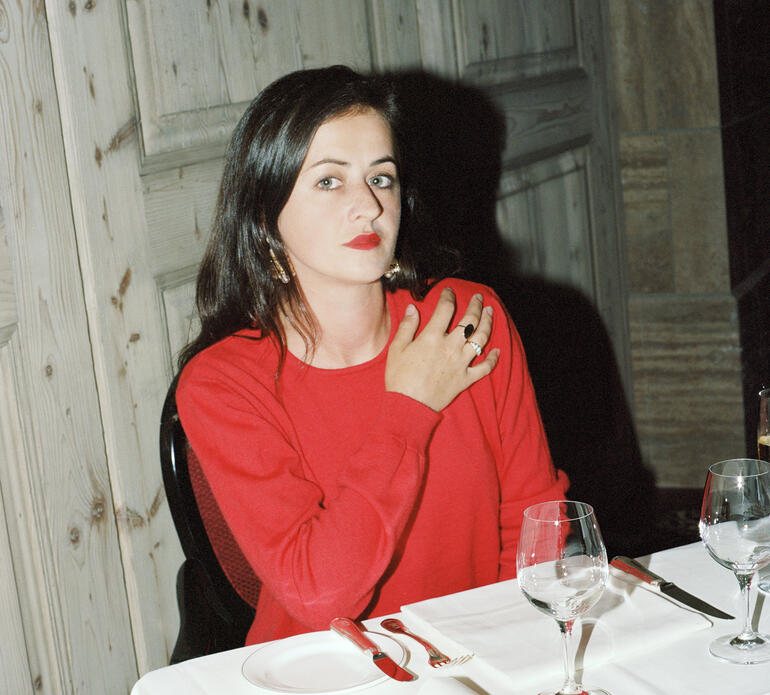 Megan Rooney was born in 1985. She studied at the University of Toronto from 2005 to 2009 and was awarded a Bachelor of Arts (Honours). She then went on to complete a Master’s degree at the Goldsmith College in London from 2009 to 2011. Megan Rooney’s works have been featured in various international exhibitions and most recently in solo exhibitions including Salzburger Kunstverein (2020), the Museum of Contemporary Art, Toronto (2020), at Kunsthalle Düsseldorf (2019), in 2017 at Tramway, Glasgow, and the Division Gallery, Toronto as well as in group exhibitions with the David Roberts Art Foundation, London, the Museum of Modern Art in Warsaw and the Palais de Tokyo, Paris (2018). Her performance Poor Memory was shown as part of the supporting programme at the Swiss pavilion during the 57th Venice Biennale 2017. She lives and works in London.