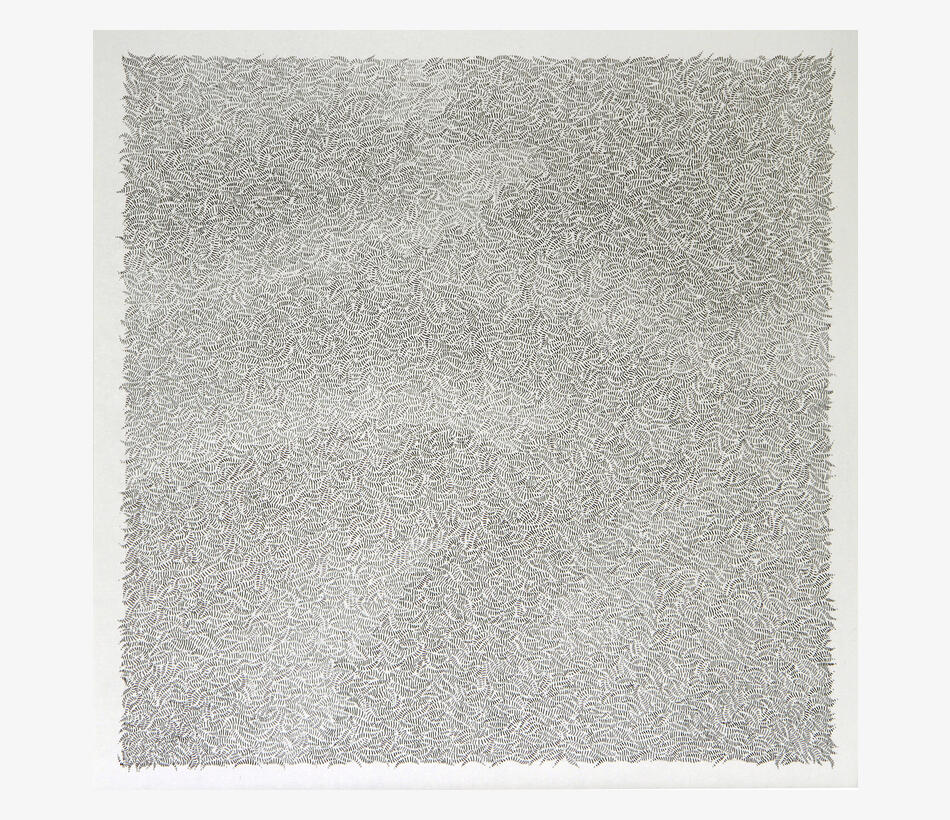 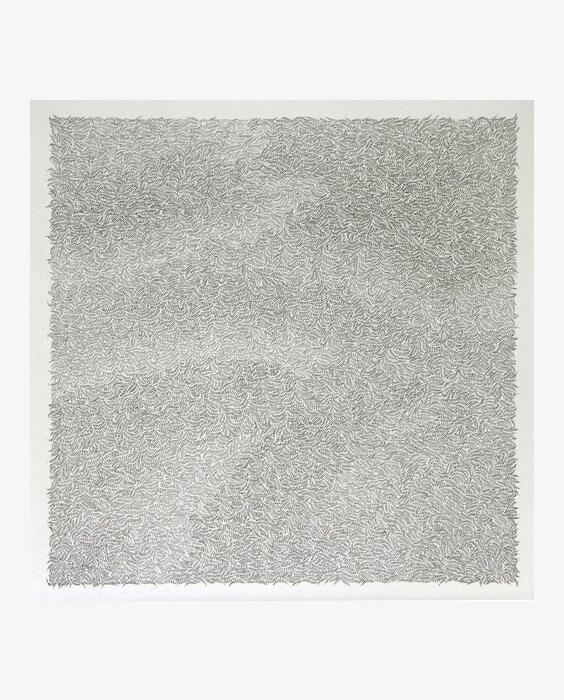 For many years now, Sophie Dvořák has been coming back to her series of ultra-detailed drawings that consist of the innumerable strokes of several fineliners. The delicate pattern results from the meticulous juxtaposition of tiny lines, which, while changing directions constantly, end up spreading across the entire surface of the picture. They follow a monotonous, repetitive cycle and are subject to an architectural order, with individual elements protruding across the frame, alluding to the possibility of endless continuation. As the fineliners become weaker, the drawings acquire a range of grey shades, adding an additional, dynamic note. 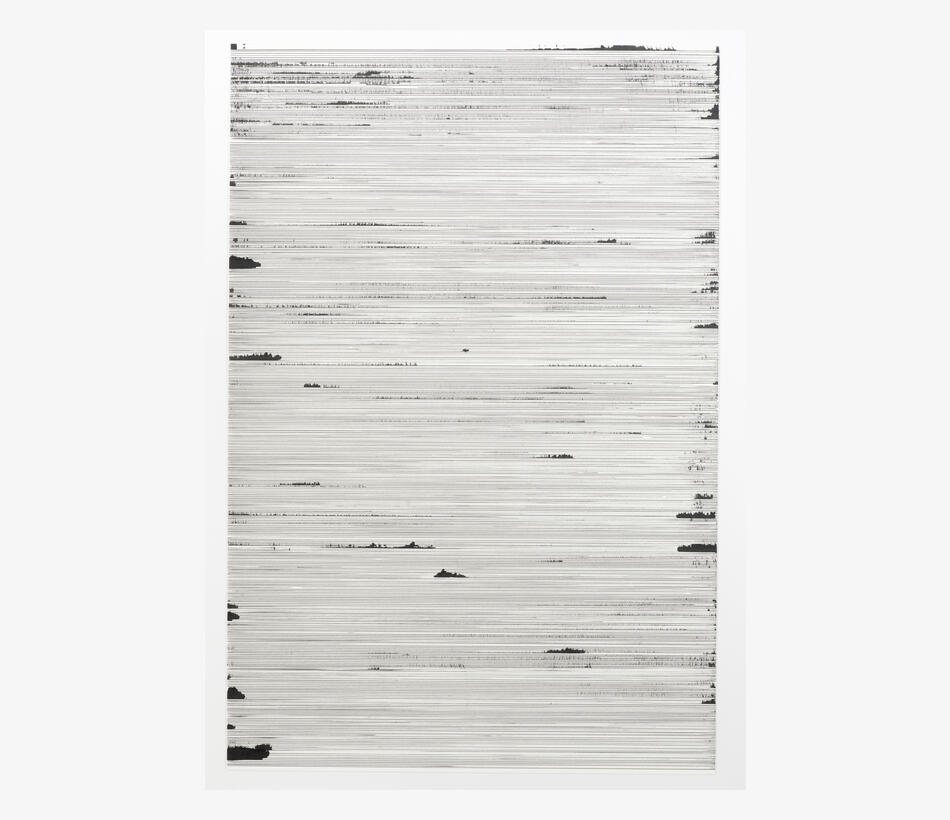 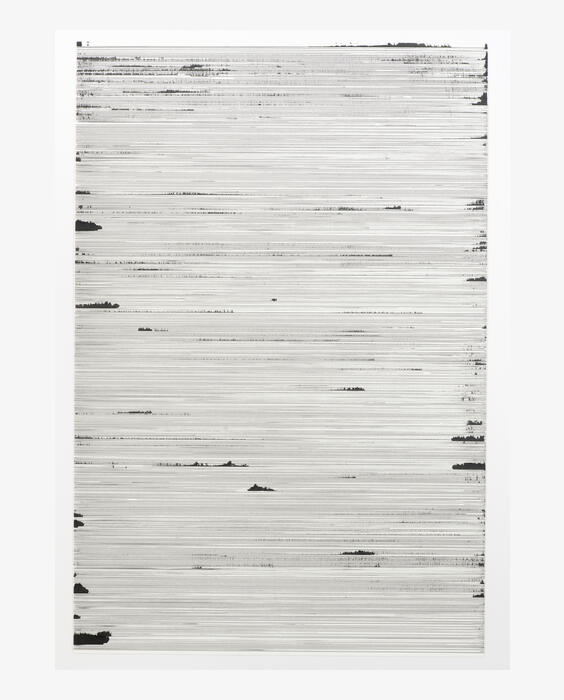 The concept of planned coincidence is a major element in Dvořák’s series of works entitled “Glitches“ (since 2016). For these drawings, the artist painstakingly traces a French curve line upon line with a quill.  Droplets of ink become trapped between the instrument and the page.  The smudges in these flawless seismographic recordings pay tribute to the irregular, the unpredictable, the imperfect.  (Text: Melissa Lumbroso)