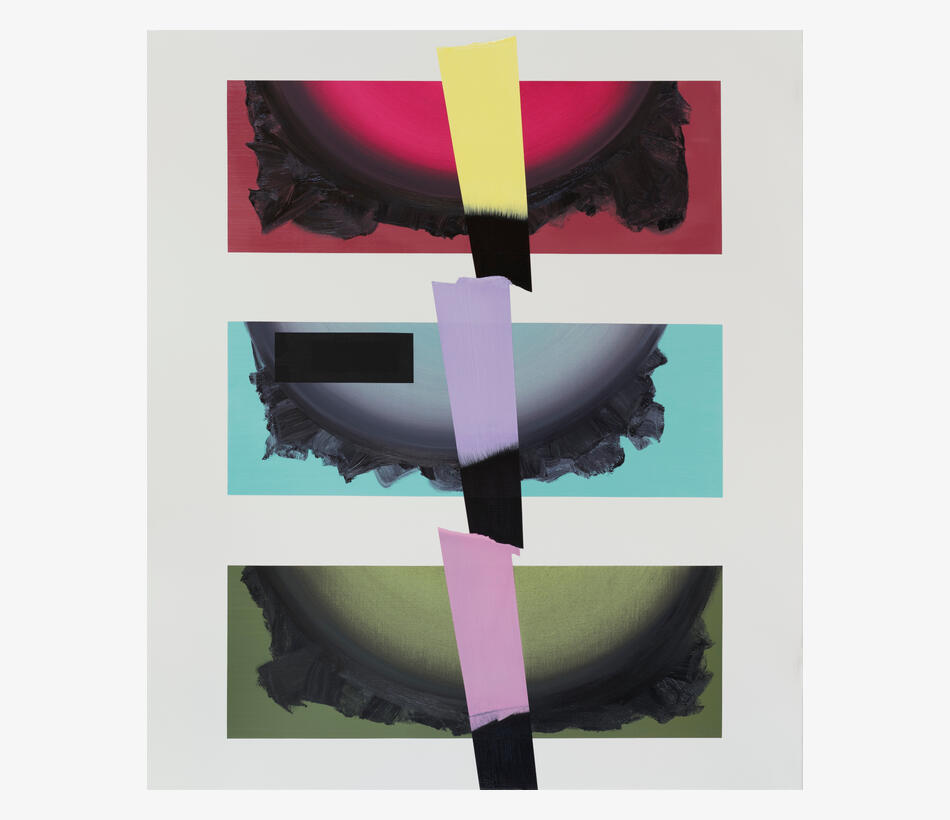 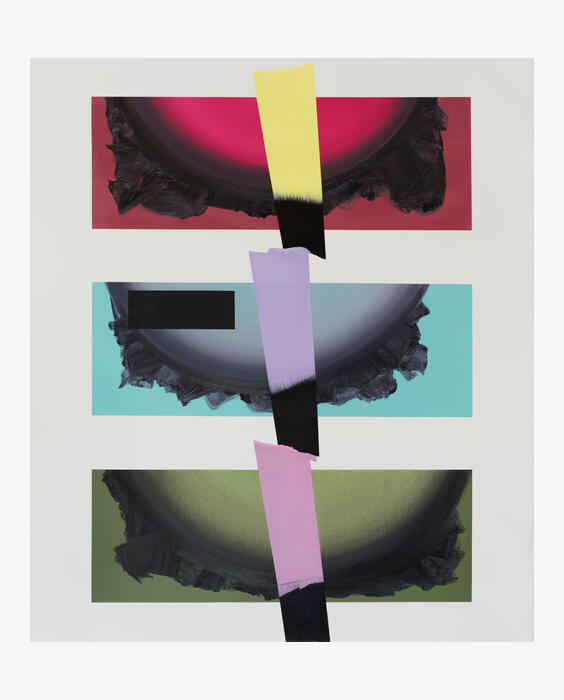 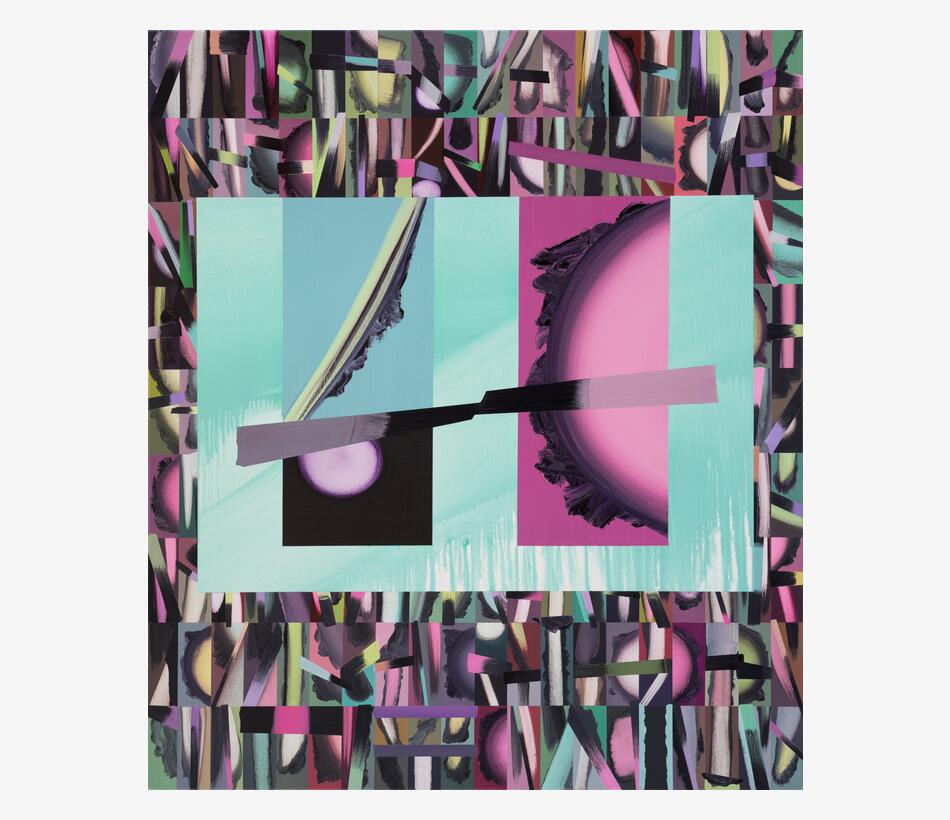 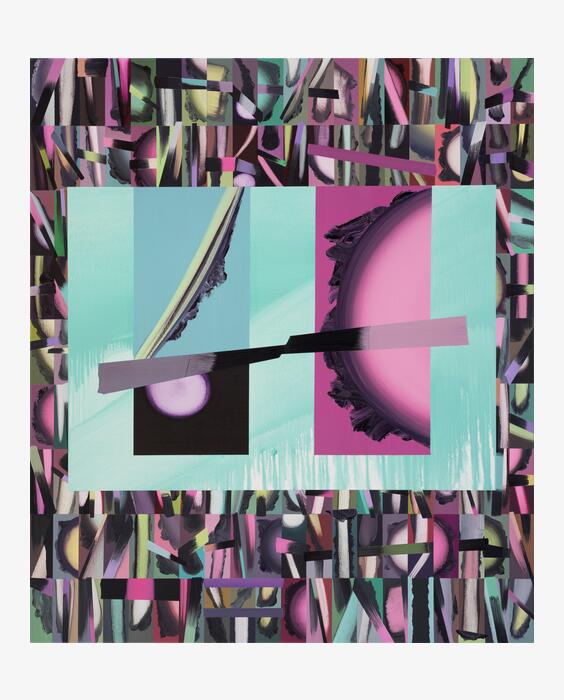 Klaus Merkel’s oeuvre is marked by an independent and discursive approach which he developed in the 1990s and which has continued to be the essence of his artistic approach until the present day. At this time Klaus Merkel also created his Catalogue Pictures, in which he reduced his works up until that point (about 500 paintings) on a scale of 1:10 and displayed them on seven panels. In fact he still uses these panels today, with many of its elements forming the basis for new works. By continually quoting from his own previous paintings, Klaus Merkel breaks with the chronological aspect of his entire oeuvre. This method of “painting pictures with pictures” means that each work is part of a wider system in which all his works are connected, and the artist highlights the role of the individual image in painting.