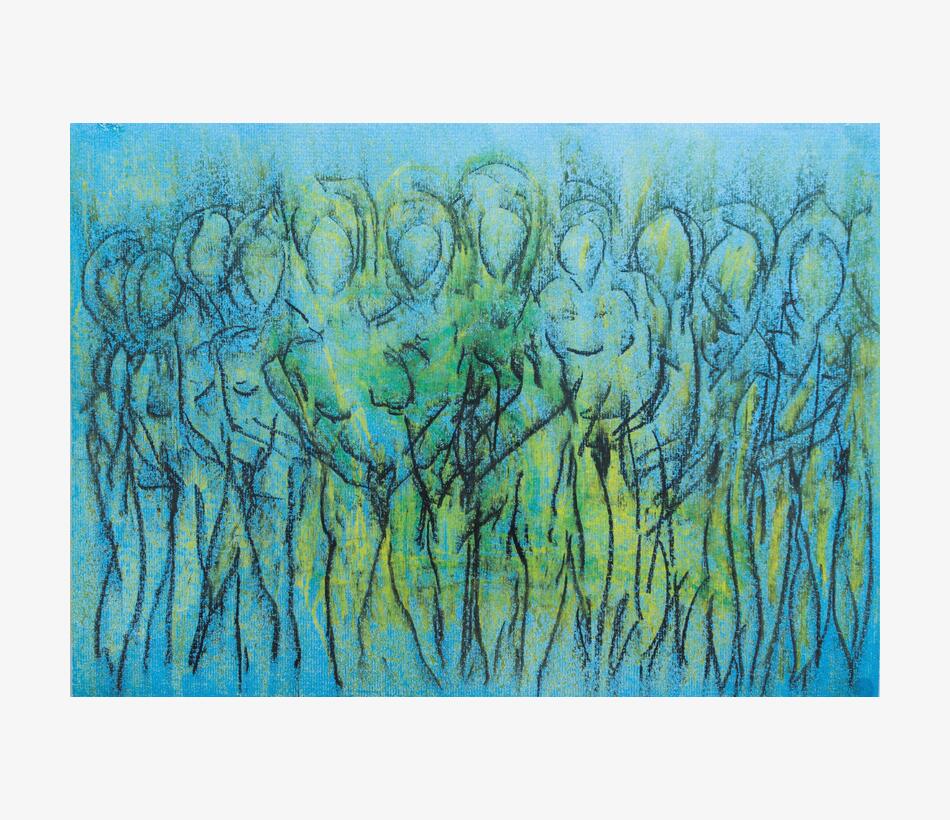 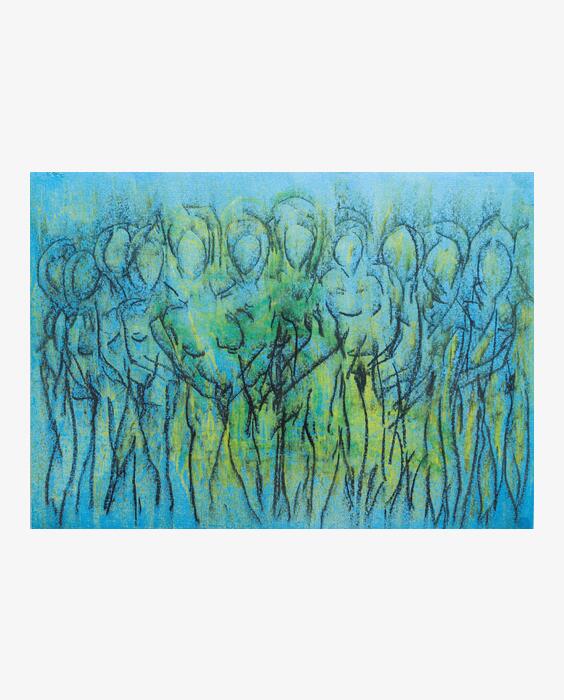 For many years, as an extremely busy actor who is always travelling, Peter Lohmeyer had been getting annoyed at the mindless pictures that tend to adorn hotel rooms. His reaction: “I had to cover or hide them, because I wanted to feel at home. So I quickly went to the nearest stationery shop, bought some wrapping paper, covered the picture and then painted over it with oil pastels. When I moved out again, I carefully put it all in the recycling bin. It would never have occurred to me to show it to anyone. Why should I? It was just for myself and for no one else.” Following the suggestion of a gallery owner in Salzburg, however, Peter Lohmeyer gave his first exhibition in Salzburg in 2017, using the same technique: oil pastels on paper, more drawings than paintings, thin and thick lines, distinct individuals despite their lack of individual characteristics, people who merge into the collective.