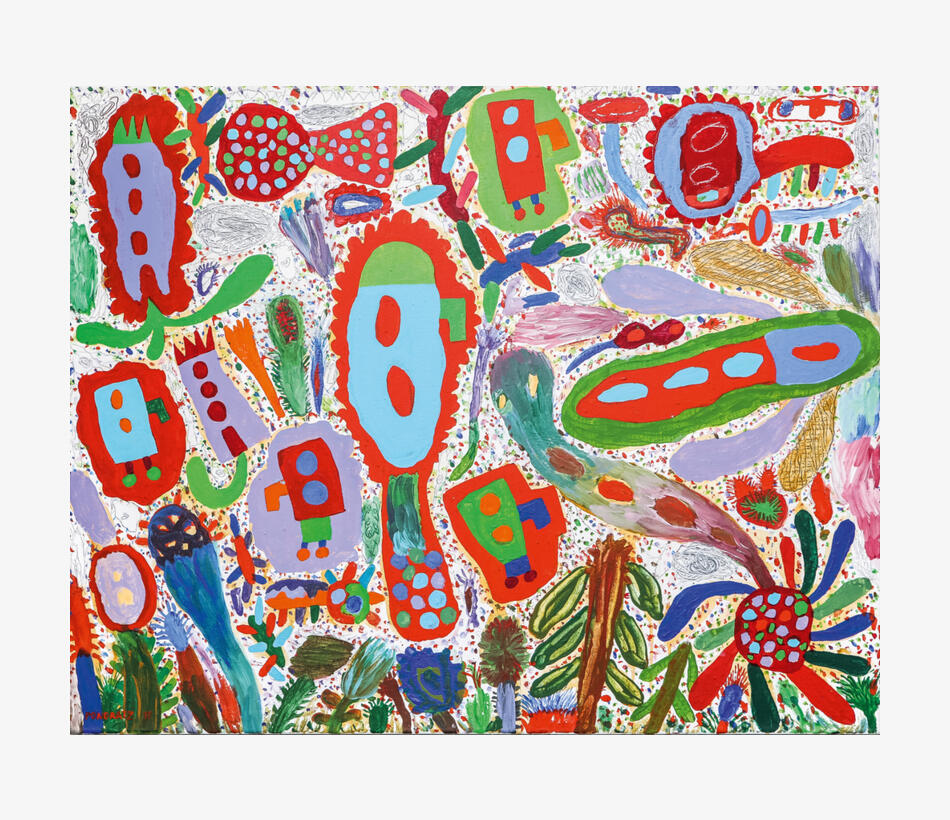 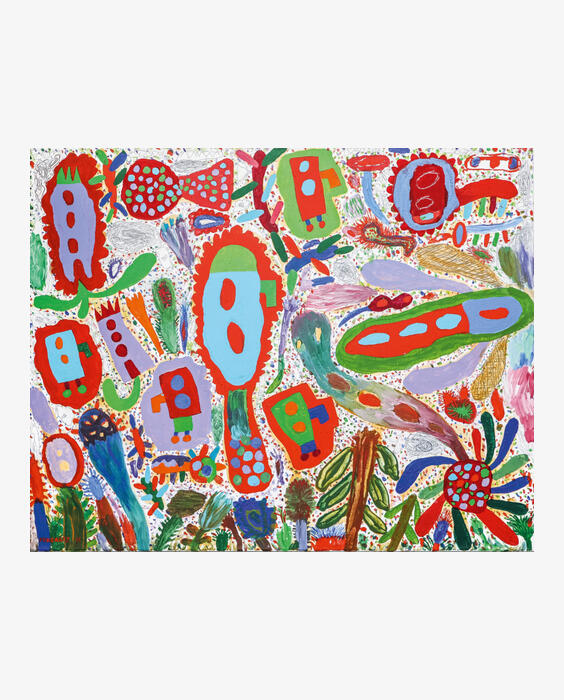 Peter Pongratz, In June, 2015, Acrylic on canvas, 80 x 100 cm
Courtesy of the artist and Artemons Contemporary in Vienna

Peter Pongratz started to develop an artistic counter-position in the 1960s. His work was situated along the borderline between abstract and representational painting, while also being inspired by Art Brut and his studies of the works of the artists of Gugging. In 1968, together with Wolfgang Herzig, Martha Jungwirth, Kurt Kocherscheidt, Franz Ringel and Robert Zeppel-Sperl, he founded Wirklichkeiten (Realities), a group that formed a counter-position to the movements of Informalism and Fantastic Realism that were active at the time. His oeuvre is characterised by several multifaceted phases and deliberately ignores any academic tendencies, standards and rules. The only permanent element in his work is constant change. 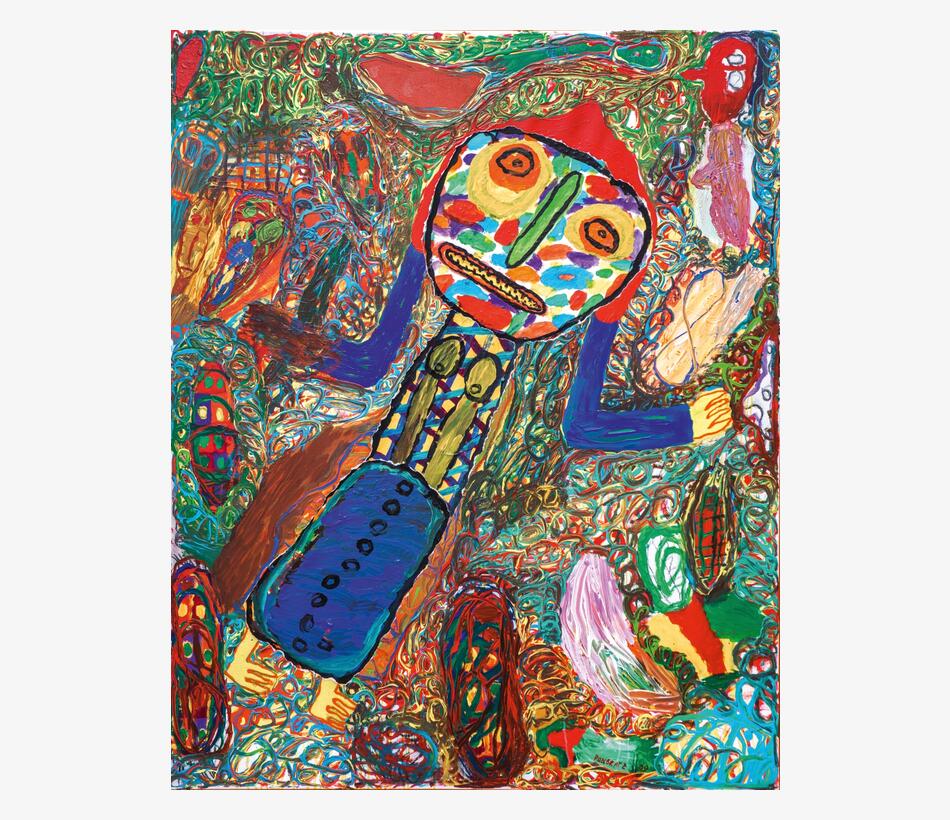 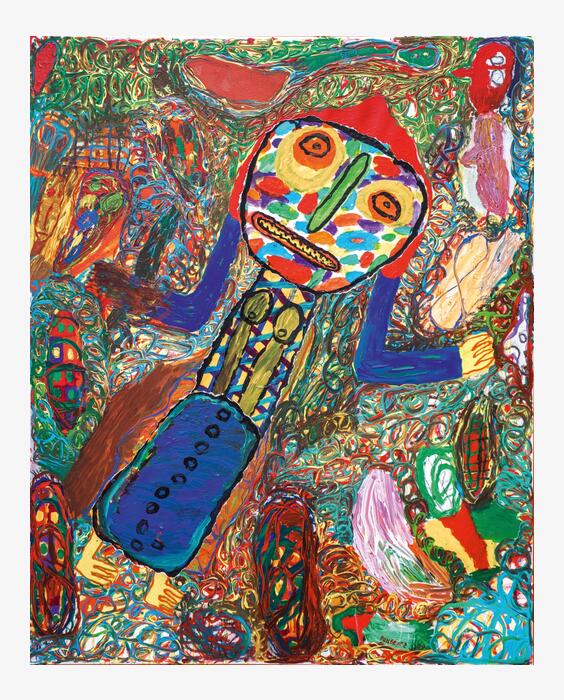 Peter Pongratz, Lady in the Bushes, 2009, Acrylic and collage on canvas, 180 x 145 cm
Courtesy of the artist and Artemons Contemporary in Vienna

Going against the predominating artistic tendencies of the time, Peter Pongratz unswervingly pursued his own path from the 1960s onwards. His creed was: “No patent solutions. No rules. No fashions. No ideologies. No compass. No maps. And above all no dogmas, neither for the artist nor the viewer.” This was also reflected in his deliberately childlike, rather fierce style and his orientation towards the Cobra Group and Art Brut which anticipated many of the features that later became known as Neue Wilde (Neo-Fauve). As well as his childlike perspective and unselfconscious stringing together of shapes and colours, his work is also a reflection of the impressions he gained on his trips to various countries in Europe as well as Australia and the cultures of the Pacific islands. 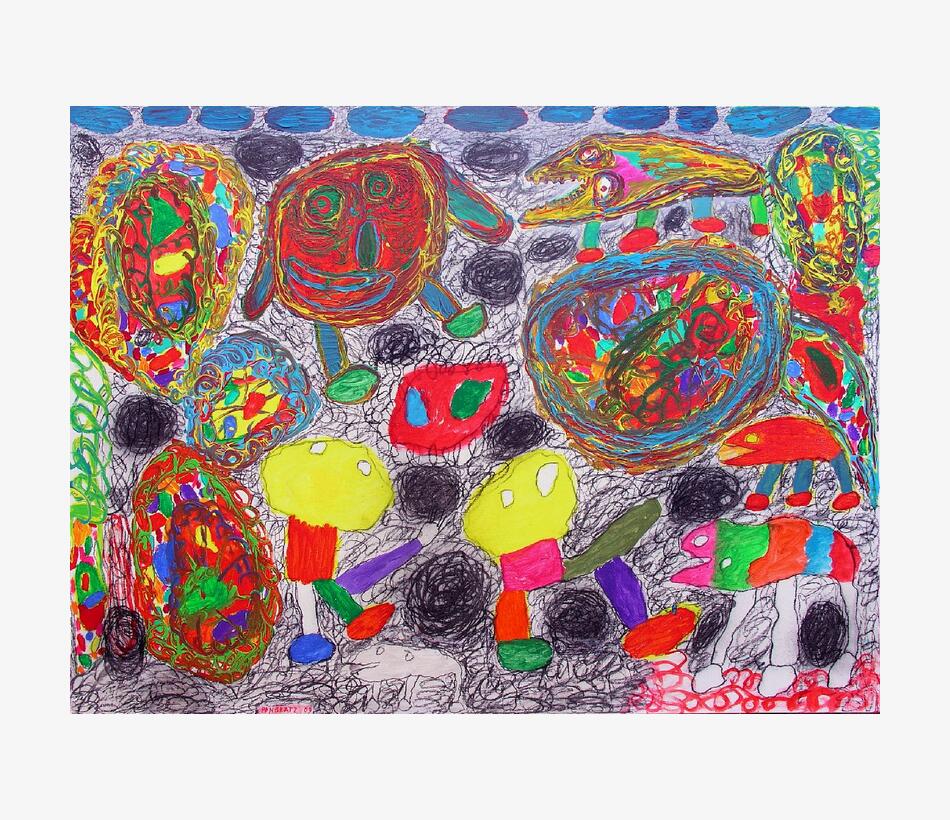 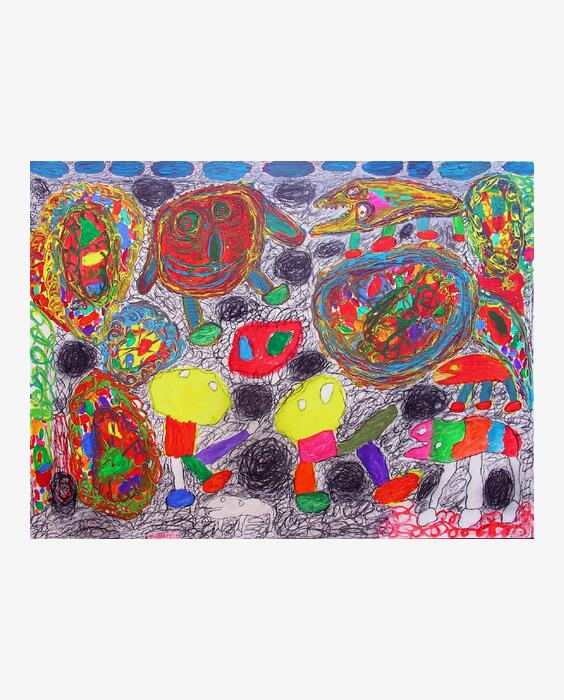