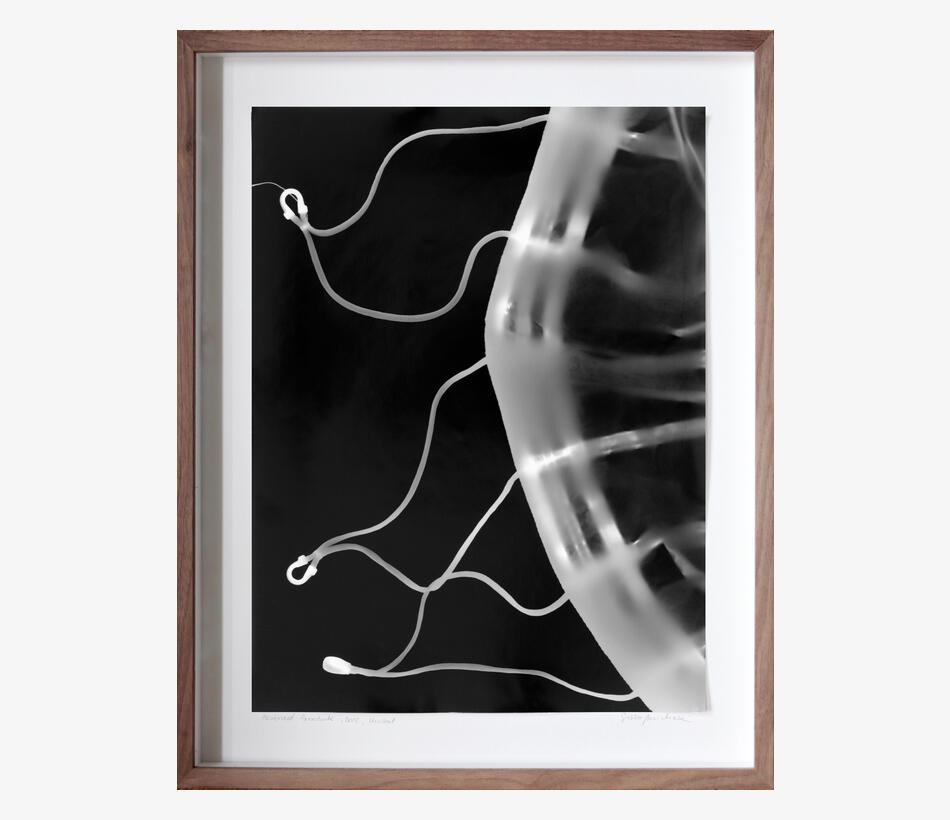 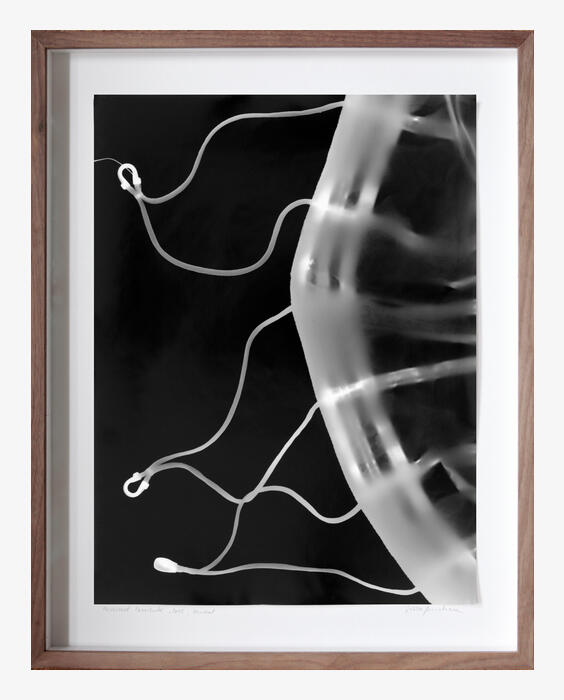 The first impression: Tentacles float out of a jellyfish-like body, in all-embracing darkness. But the impression is deceiving – what Sissa Micheli has exposed, developed, stopped and fixed several times over is not a medusa. The object, whose contours and shapes have been swallowed by the photogram, is in fact a parachute.  In Micheli’s series “Reversed Parachutes”, the baryta paper, which is normally smoothed out, was left in its original wavy state. By means of targeted framing, the parachute appears to be trapped in a whirling frenzy, throwing its limbs into the air like a dancing figure. The topographic haptics of the baryta paper, frozen in movement, appear as a cartography of our desires that are being projected onto its surface. 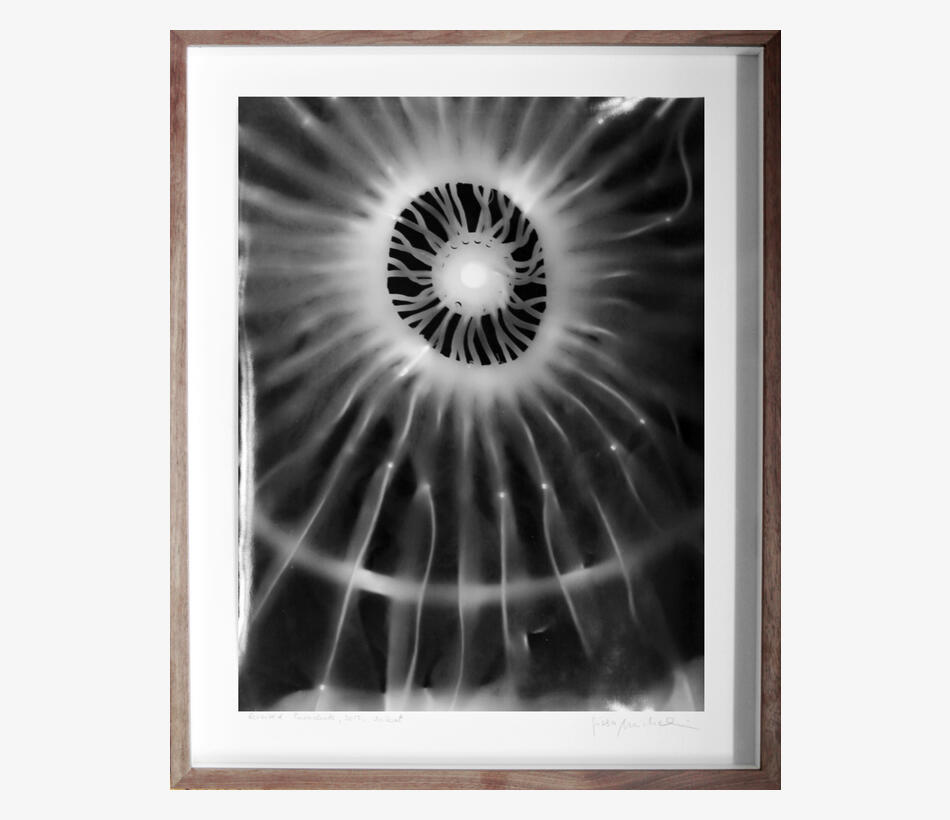 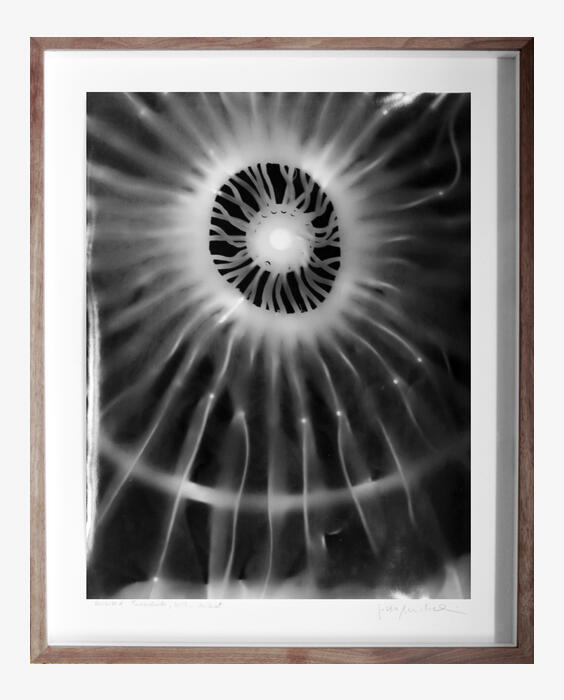 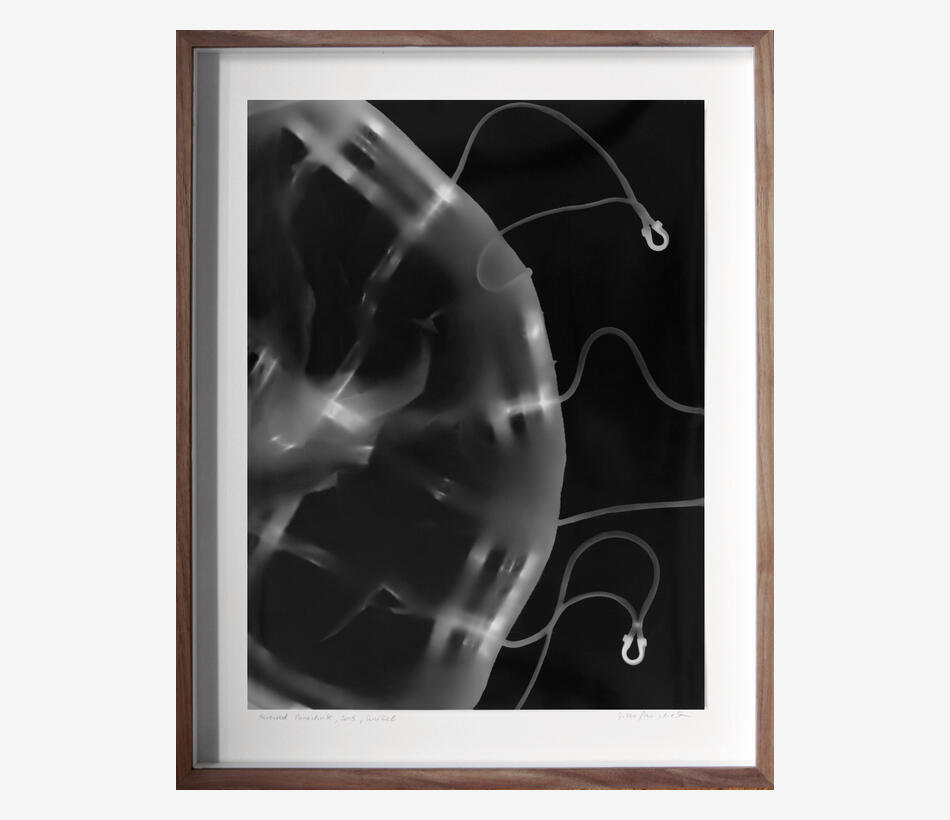 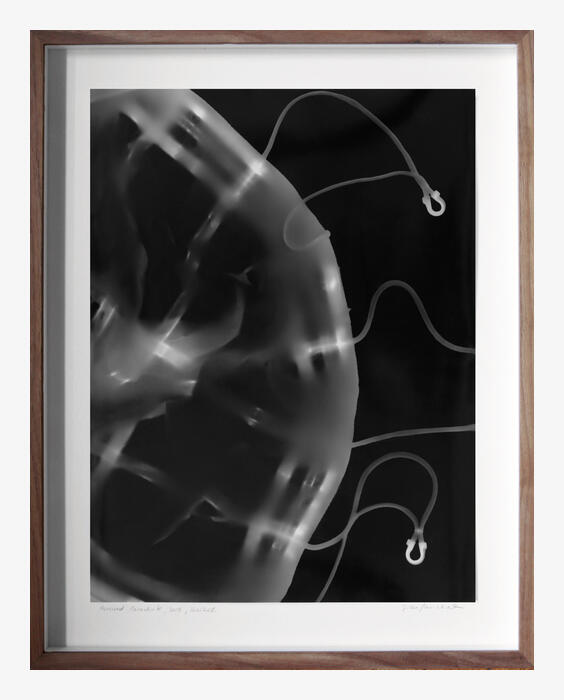