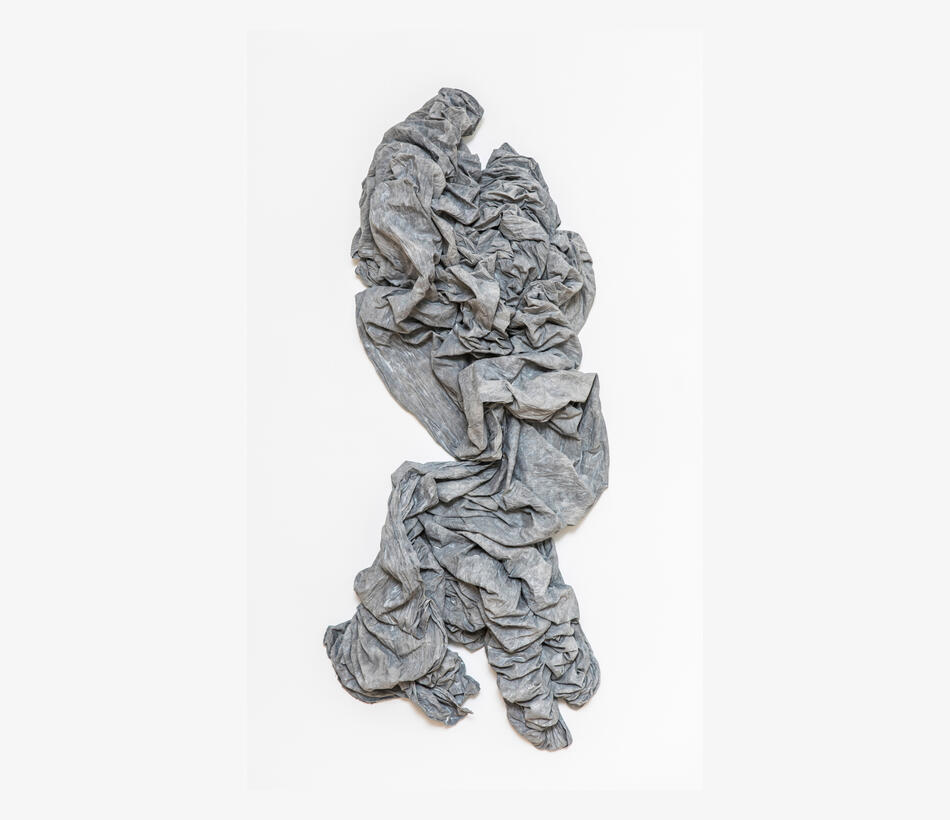 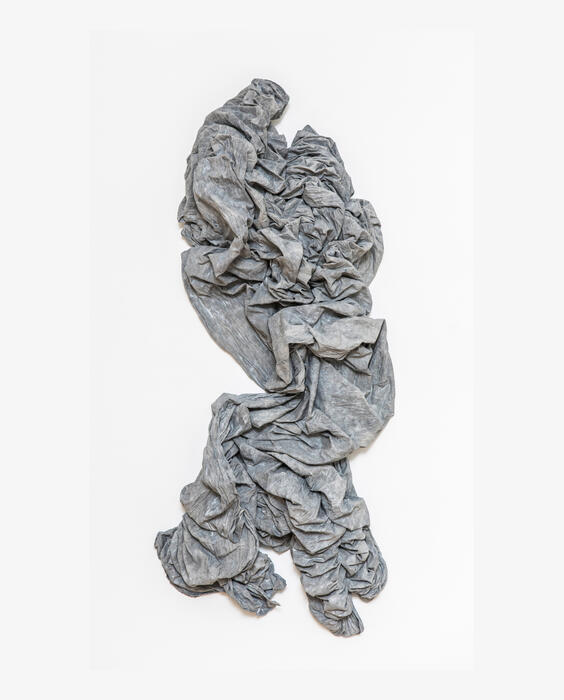 Soli Kiani’s Sculptural Paintings are closely connected with her work on canvas in which she painstakingly depicts draped pieces of fabric to highlight the role of women in Iran and to draw attention to the country’s social and cultural structures. Soli Kiani’s Cloth Sculptures consist of dyed pieces of linen dipped in paste to hold their shape. The way the cloth is draped is a synonym for concealment and identity, and its dignity indicates certain analogies with heights and depths, the visible and the invisible, the dignified and the suppressed as well as light and darkness. 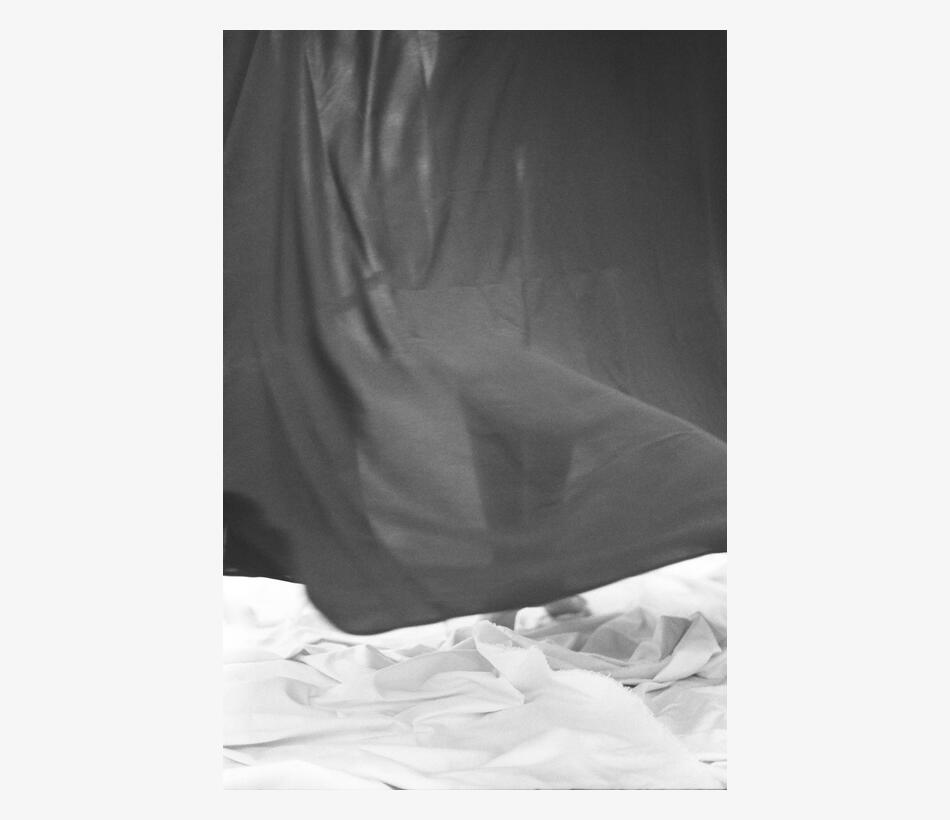 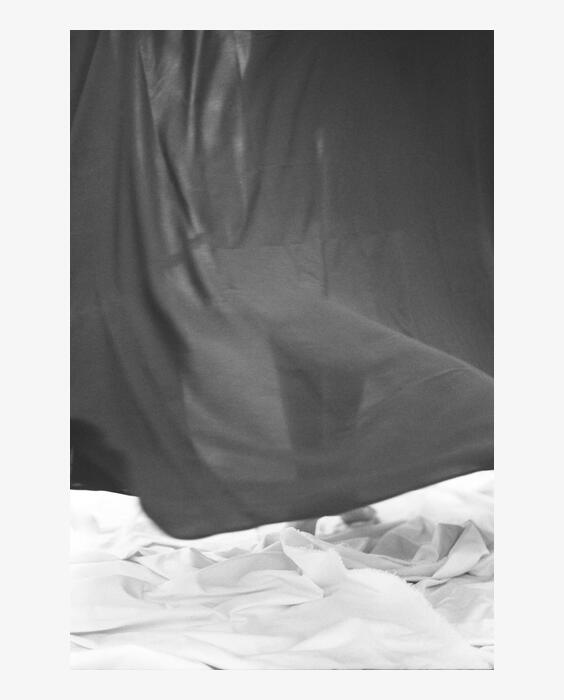 The three photographic works from Soli Kiani’s series 2=1 show dancing feet under a long black skirt, yet women’s feet can only be seen on two photographs. The third photo shows the vigorously dancing bare feet of a man. In this telling depiction the artist comments on gender relations under Iranian Islamic law: “A woman is worth half as much as a man, a woman’s statement in court has half the value of a man’s, and the woman inherits half as much as a man.” For Soli Kiani, dancing exemplifies only one of many prohibitions that people in Iran face day in day out. 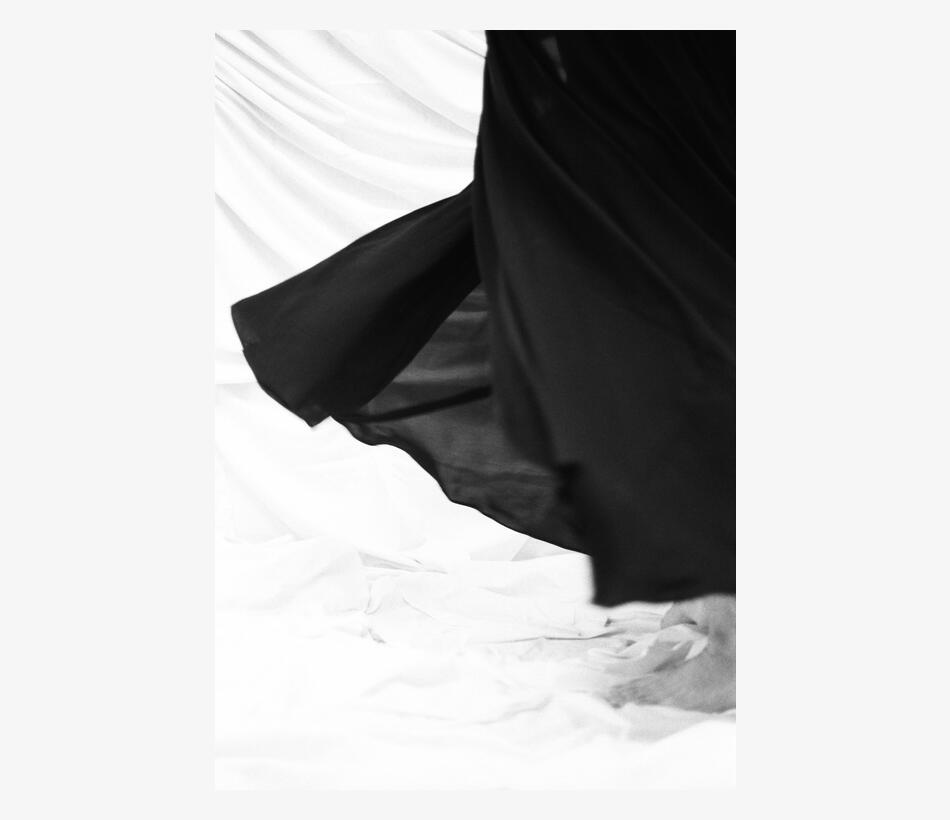 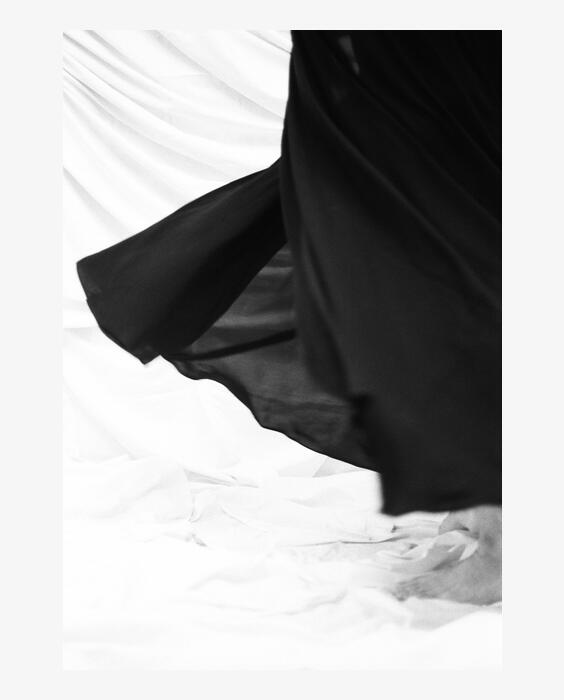 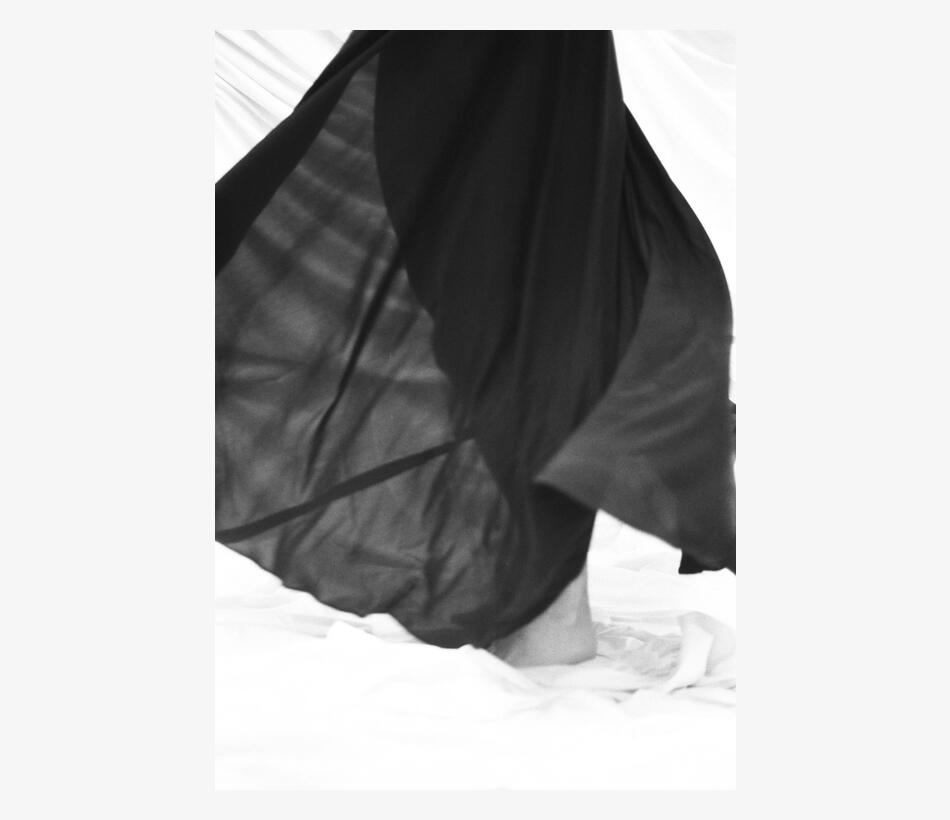 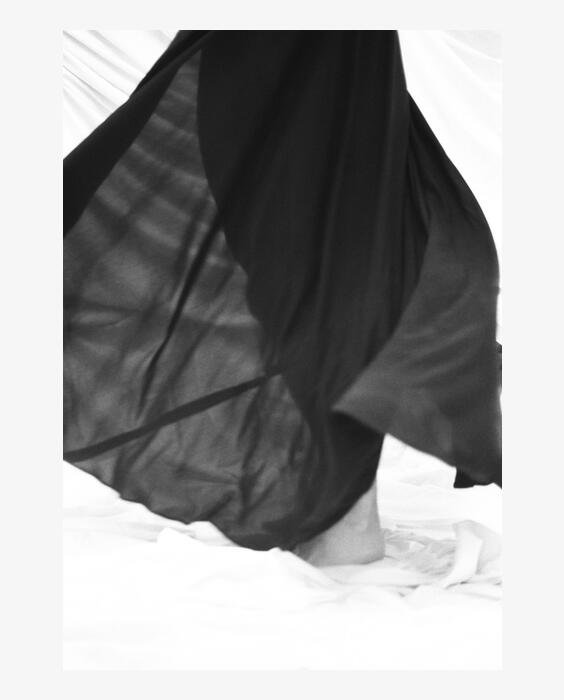 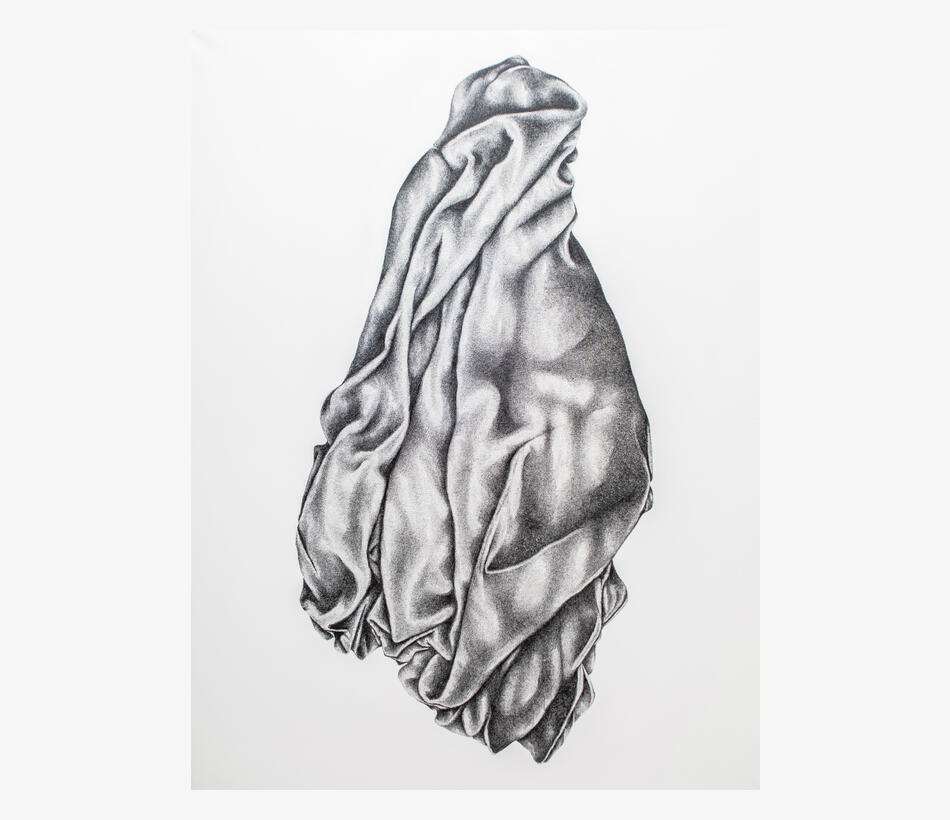 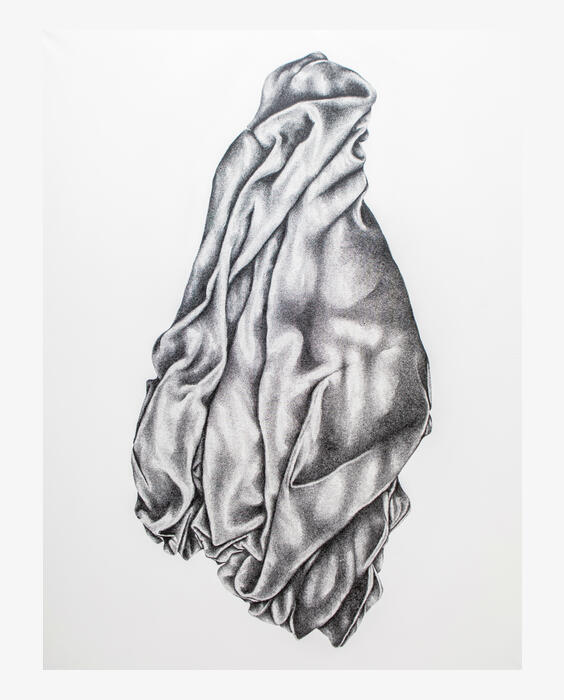 Soli Kiani, who grew up in Iran, has lived in Vienna since 2000. In her art she depicts a critical retrospective view of her childhood and youth in her native Iran and discusses the position of women in the Muslim tradition. “Clothing, fabrics and fashion have played quite a dominant role in my life. The fabric that surrounded me didn’t just clothe me. It also provided a protective shell, while at the same time imprisoning my identity,” says Kiani. Political and social issues are expressed in Soli Kiani’s paintings and Cloth Sculptures through meticulous depictions of the fabric and its folds. Their starting point is her study of chador (tent) as a depersonalised piece of clothing that has simply been placed on the floor and which seems to deprive a person of their identity, yet also provides identity. 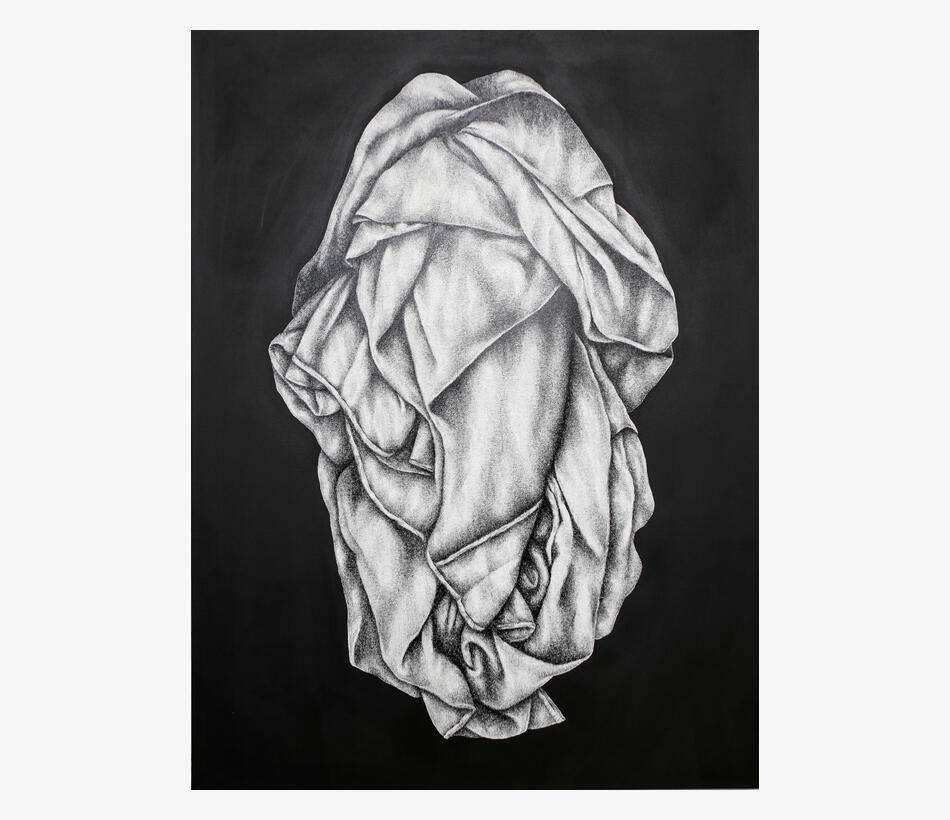 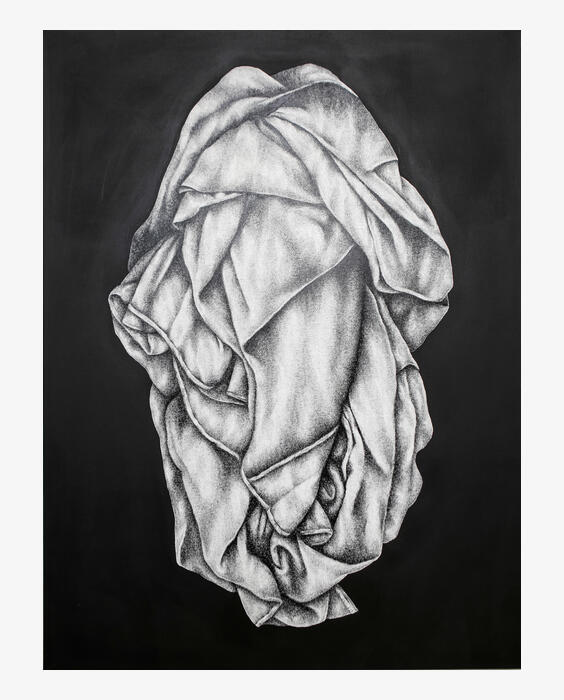