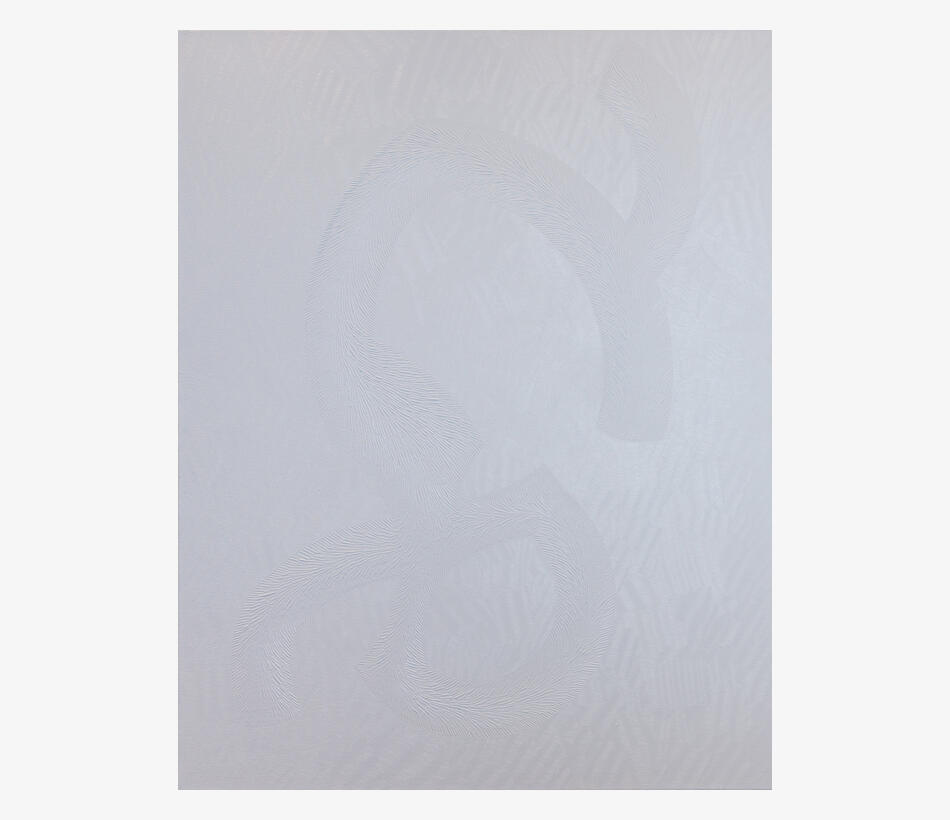 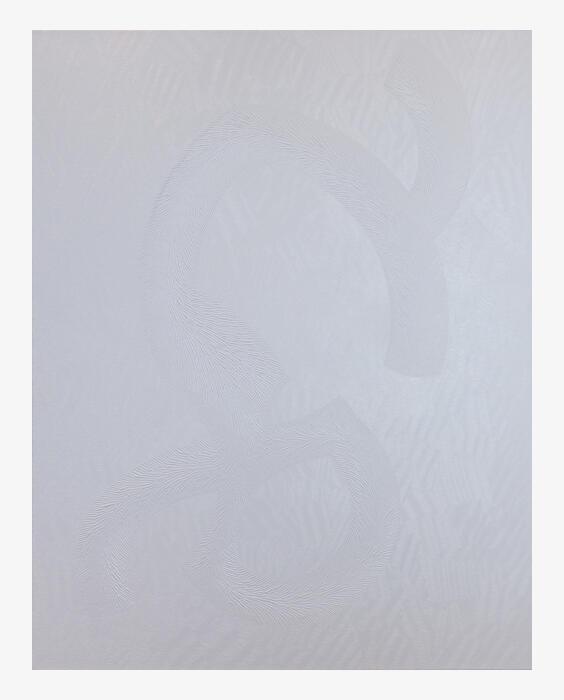 Thomas Arnolds works in self-contained series which are concerned with very different themes, examining and analysing painting processes and placing the act of painting itself at the forefront as the true subject of his pictures. While a principal focus of his earlier groups of works is primary colours (“Küchenbilder”, 2008-2009) or the colour pink (“Grad” series, 2011) in this group he enters into a dialogue with the colour white. In 2014 he completed more than twenty monochrome paintings, in which the finest textures, forms and structures are articulated from a single colour with a richly faceted substance. 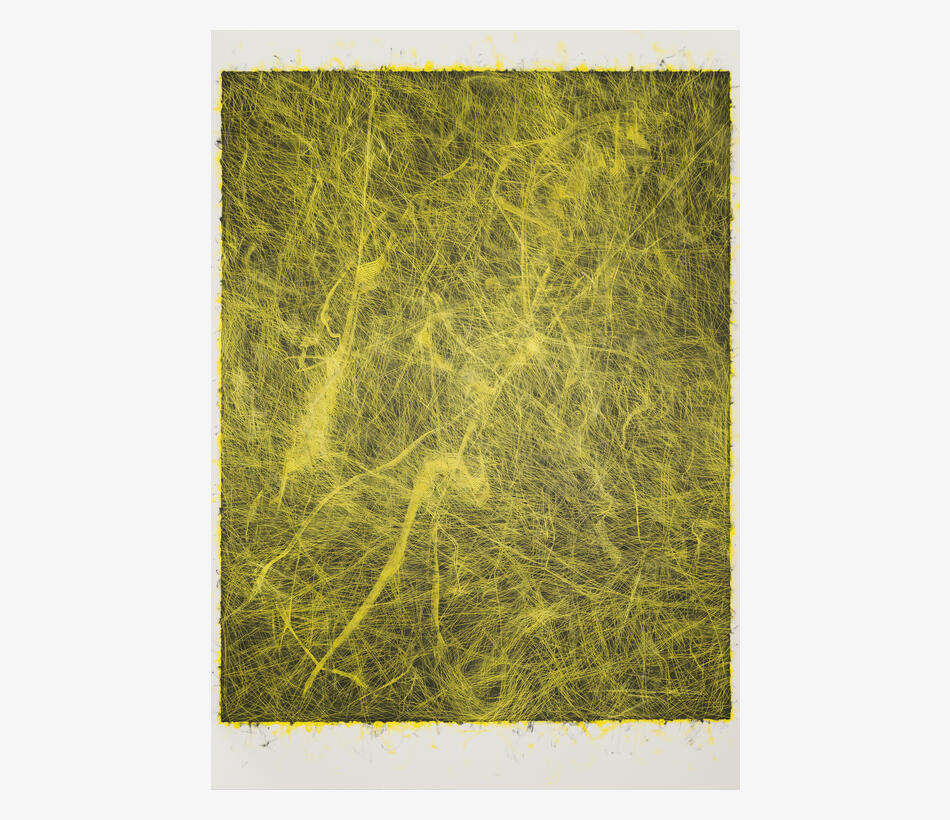 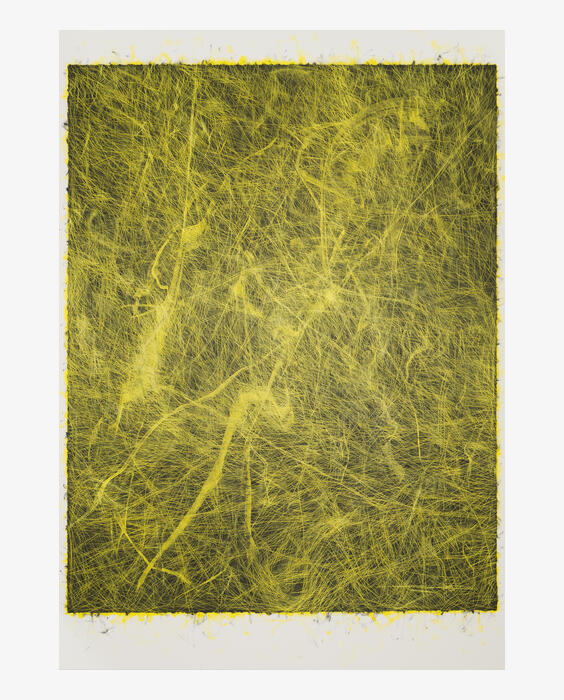 The current works in theMARB7series(2015/2016) relate to structures made of marble, from which the name of the series is also derived. As a stonemason and stone sculptor, Thomas Arnolds is familiar with this material in its natural form. In his two-dimensional engagement with the stone, the picture is created (as in the case of sculpture) by subtraction of the material: the painting process arises not by the addition of colour to the canvas, but by scraping with various tools into two superimposed layers of colour in yellow and black.