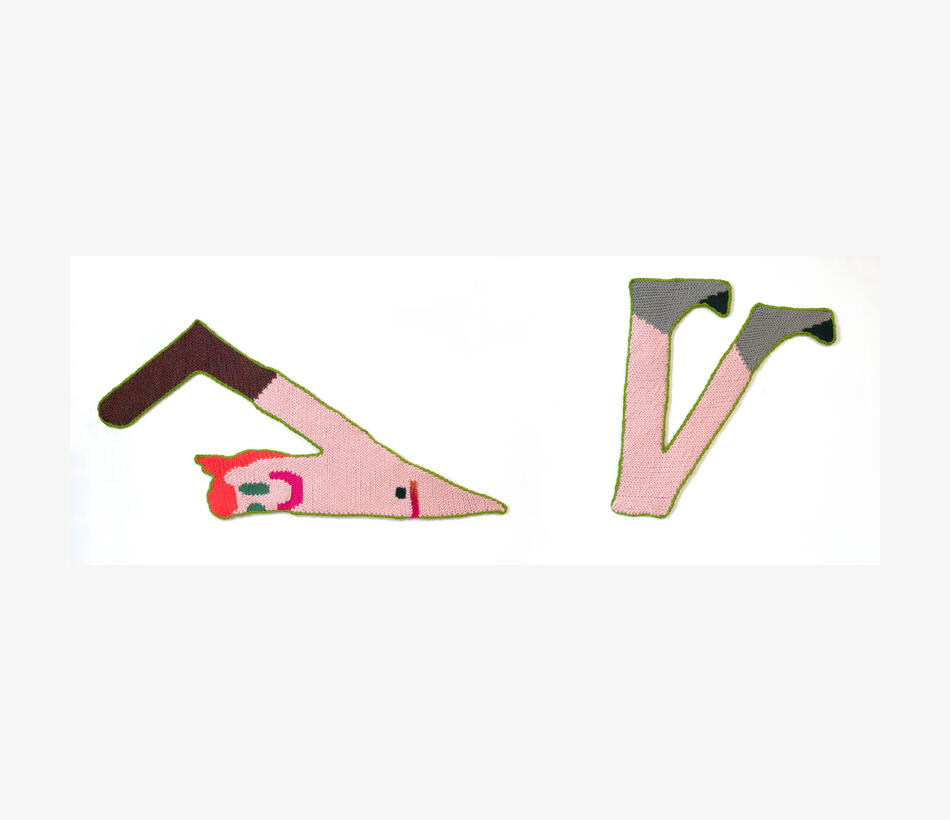 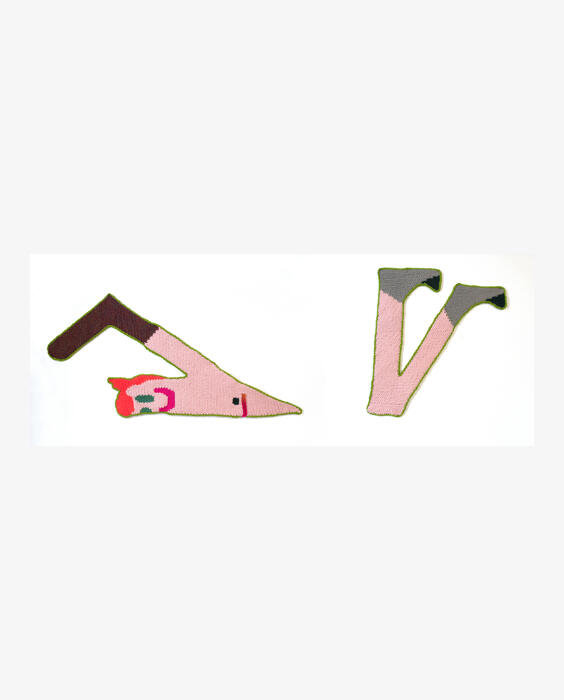 The transgender issue is present throughout the entire works of Caroline Wells Chandlers and, drawing on his own story and using colourful and bright crochet work, he expresses the sensual pleasure of successfully liberating the actual and real self from the imprisonment of incorrect gender. Only the mastectomy scars as horizontal stitches under the breast are a reminder of the underlying painful physical journey as mute witnesses to a distant past. Chandler’s crocheted characters can be summarised in groups which emphasise the artist’s various sources of inspiration and feature complex interconnections with the history of art field such as the ‘Bather’ from the ‘Freestyln’ series which relates to Paul Cézanne’s ‘The Large Bathers’ (1900­–1906). Chandler’s ‘Bather’ with a scar under his breast refuses to offer any clear indication of his gender through the outside of his body as his sex organs are invisible beneath the surface of the water. Instead, the abstraction opened up between the two halves of the image creates a gender gap as a space for non-binary sexual identity. 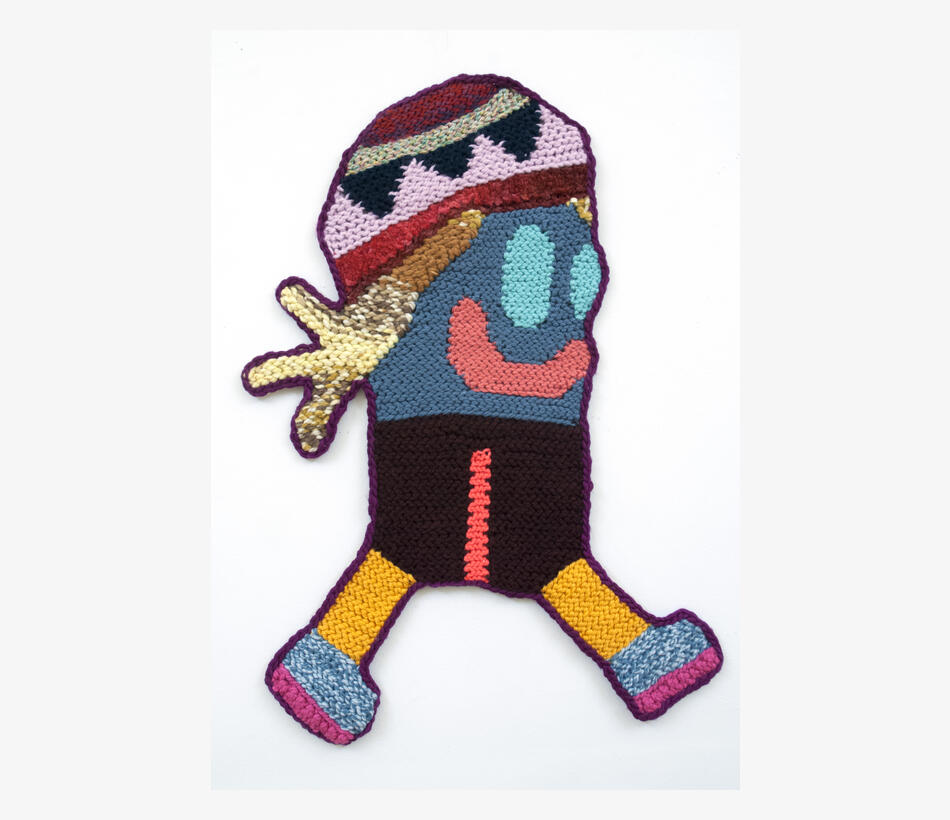 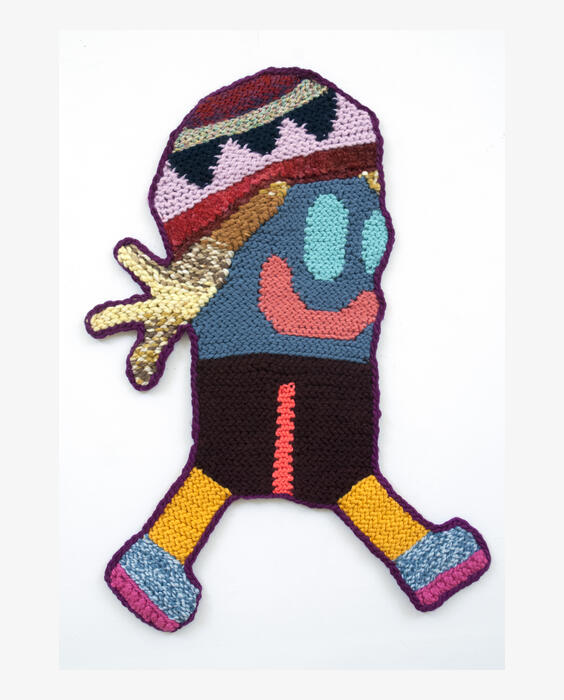 The crocheted works of Caroline Wells Chandler feature various characters bursting with radiant dynamism and strong colours and centred around the transgender issue in a genuine and natural way. They tell the story of a journey through gender worlds in their various manifestations, of liberating transformation and of a life full of renewed completeness and acceptance. The centre of their bodies is dominated by a vertical line which can be seen as reference to all gender identities as well as a scar from gender reassignment surgery, allowing for a wide range of interpretations yet defying any clear classification or categorisation. 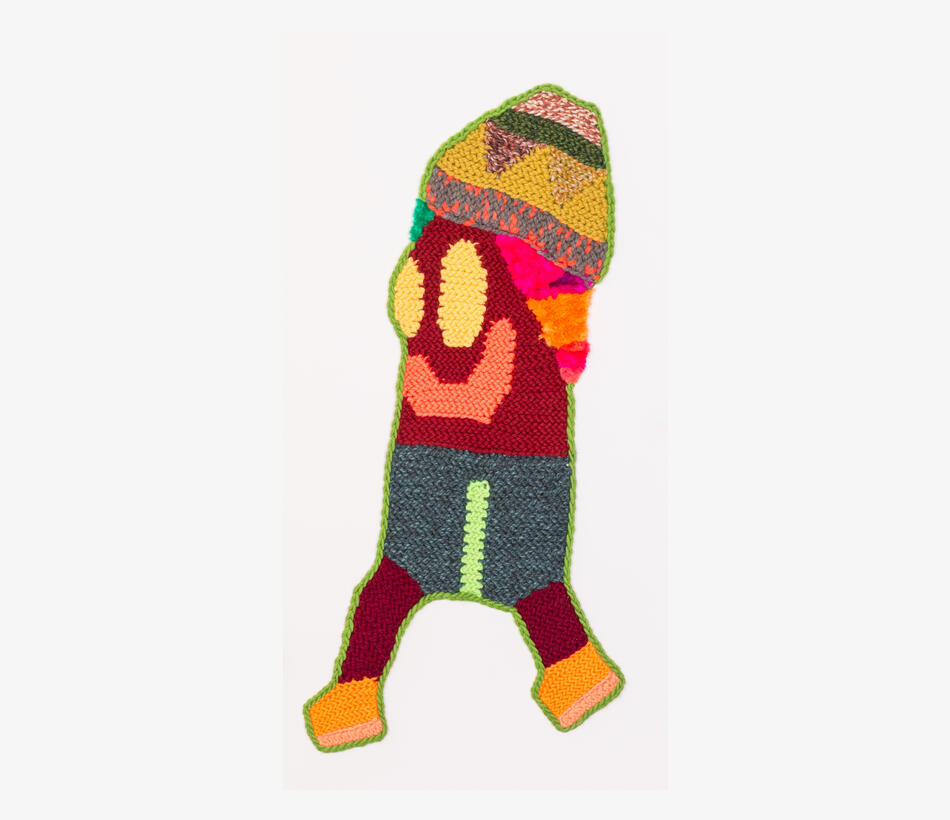 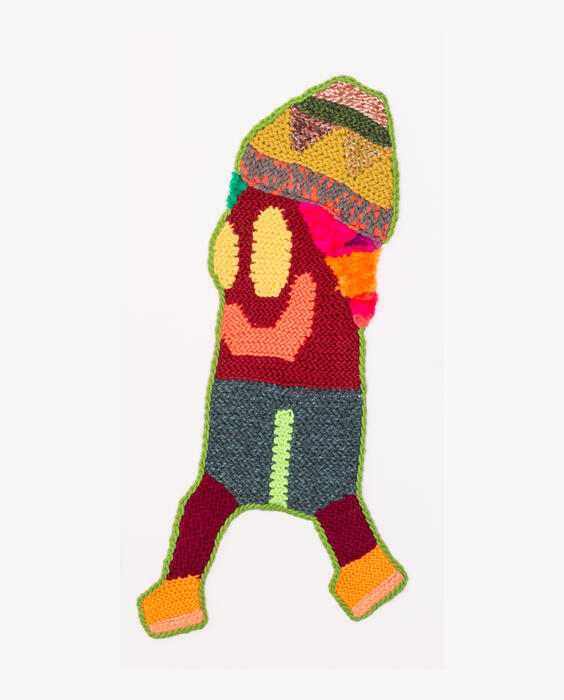 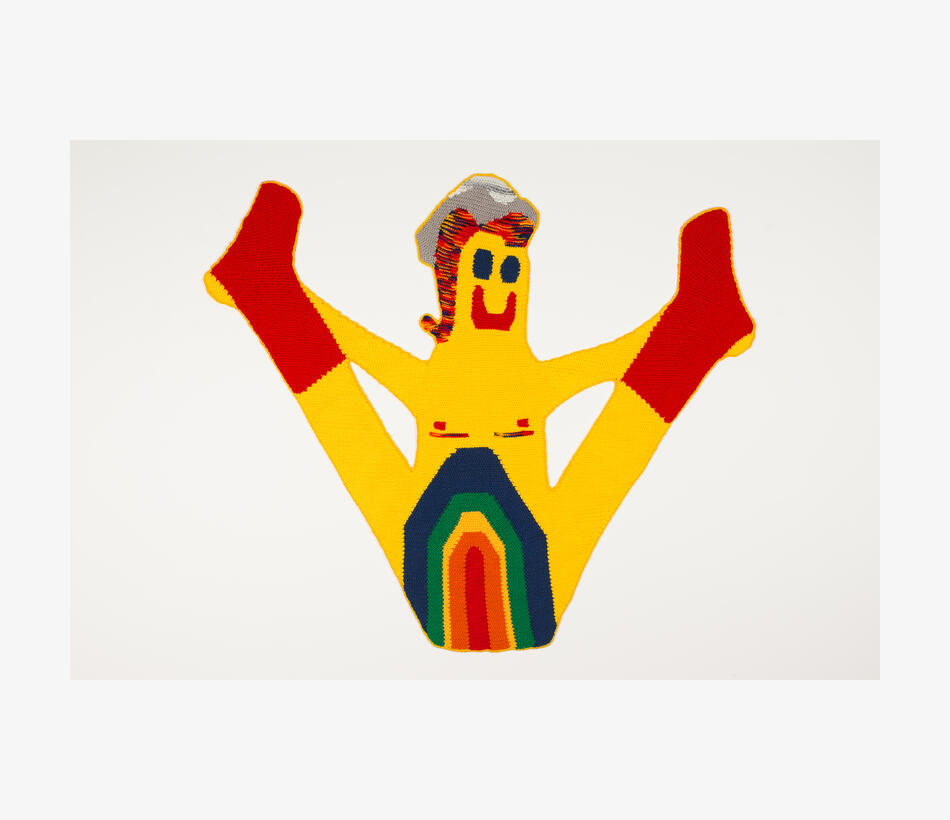 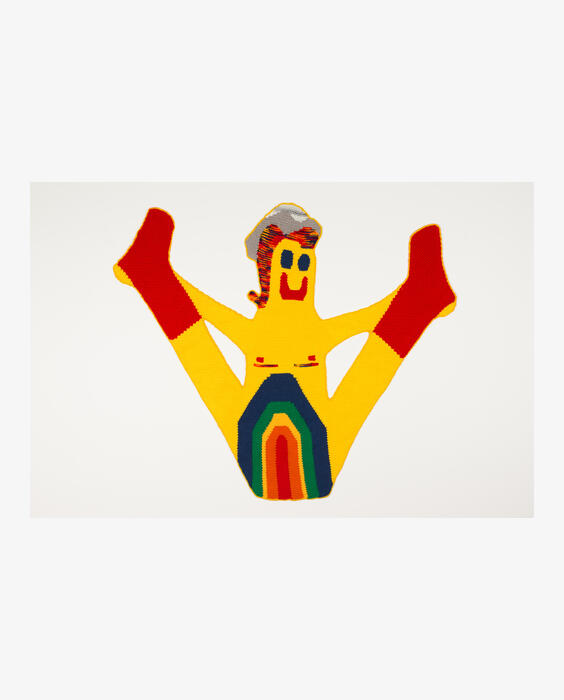 The large-scale Rainbow Bright crocheted work forms part of the ‘Orgin’ series (word created from the terms ‘origin’ and ‘organ’) by Caroline Wells Chandlers whose core artistic themes are transgender and the breaking down of all sexual barriers. The name ‘Orgin’ also makes reference to

Gustave Courbet’s L‘Origin du monde (1866) which features a close-up of the female genitalia. Chandler also draws on the character of the disco band ‘Village People’ who embody male stereotypes and are associated with homosexual clichés. Smiling, they show off their mastectomy scars as colourful rainbows emerge from the centre of their bodies, seeming to rise above any attempt at gender classification and out-shining all else.