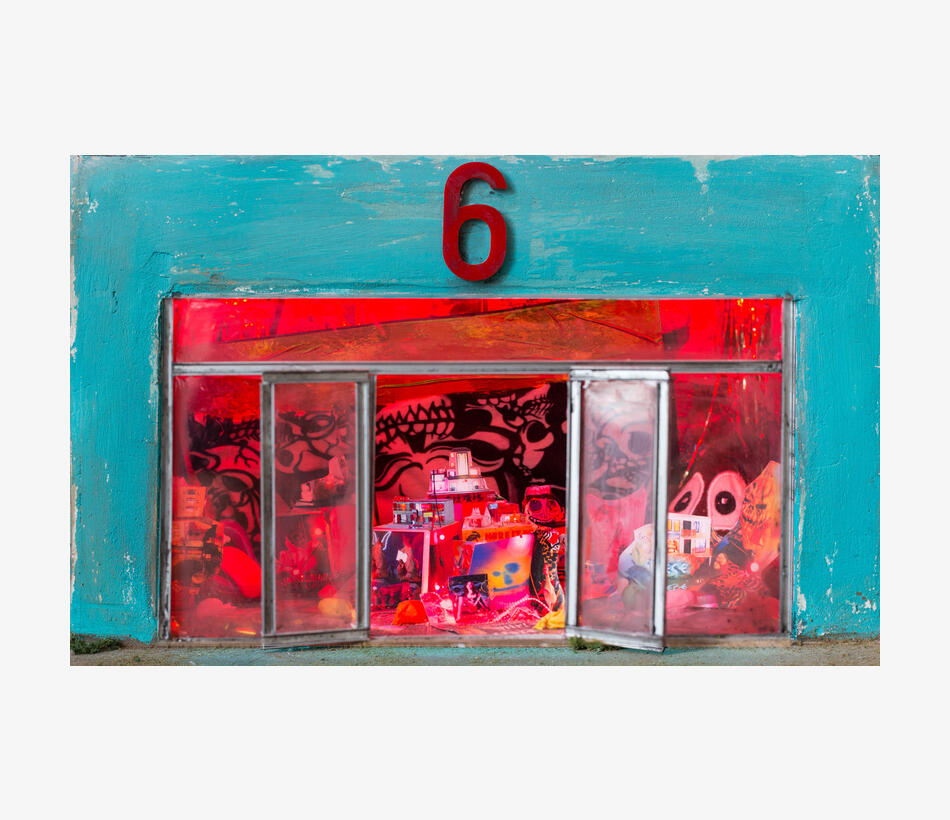 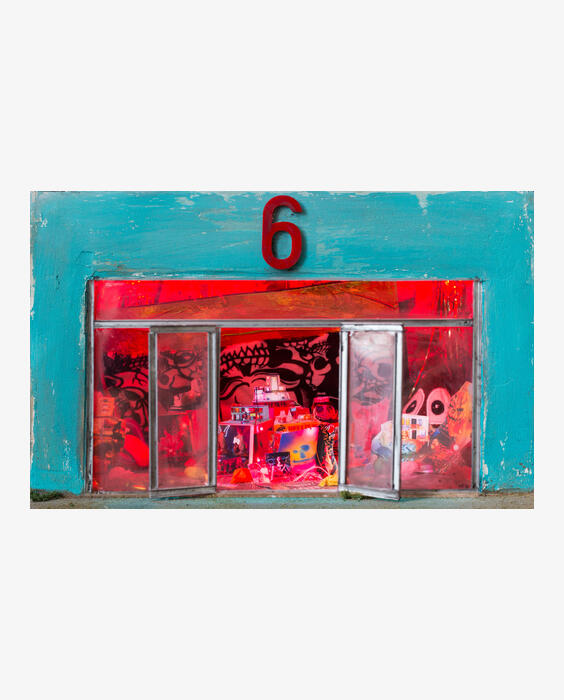 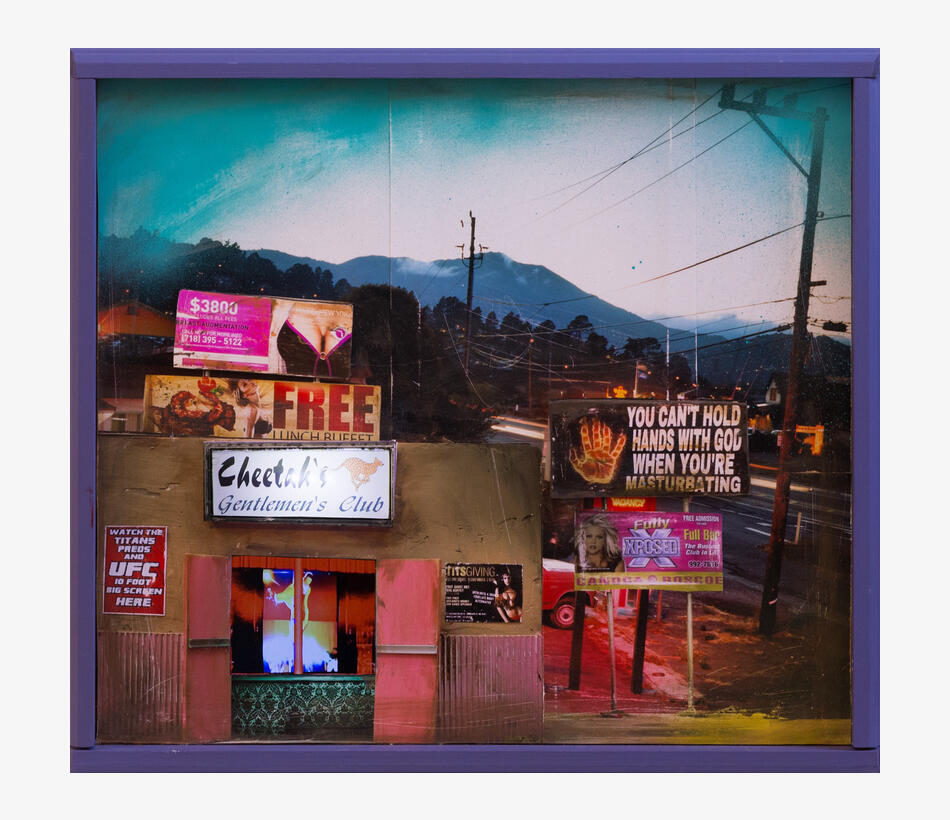 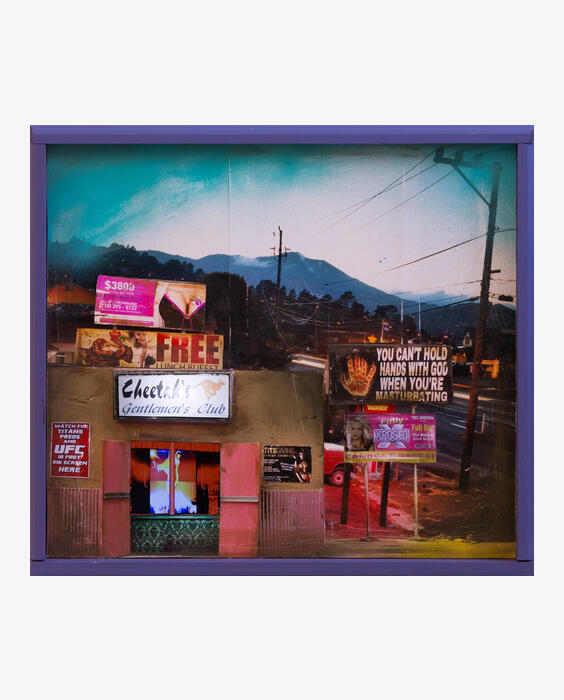 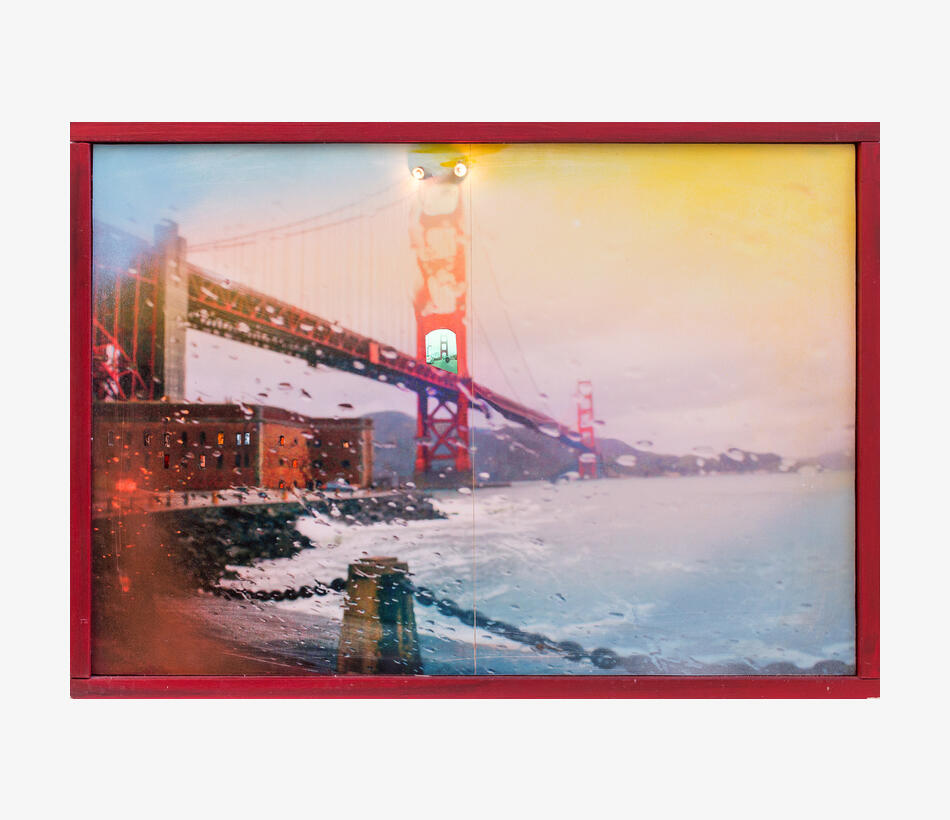 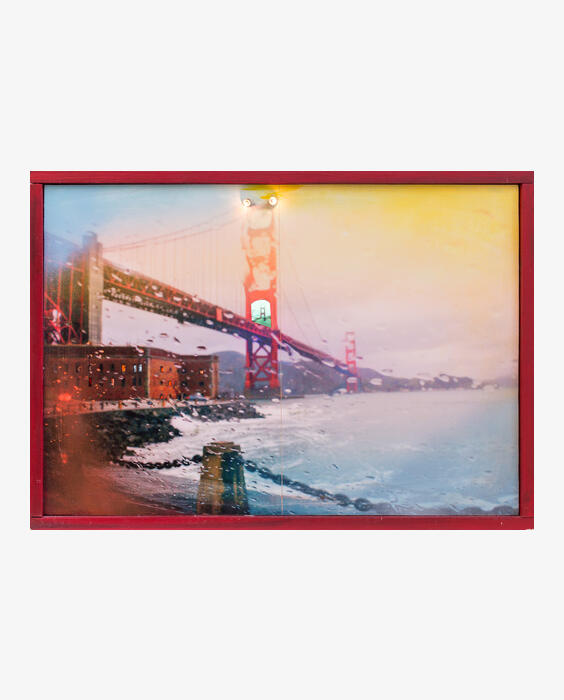 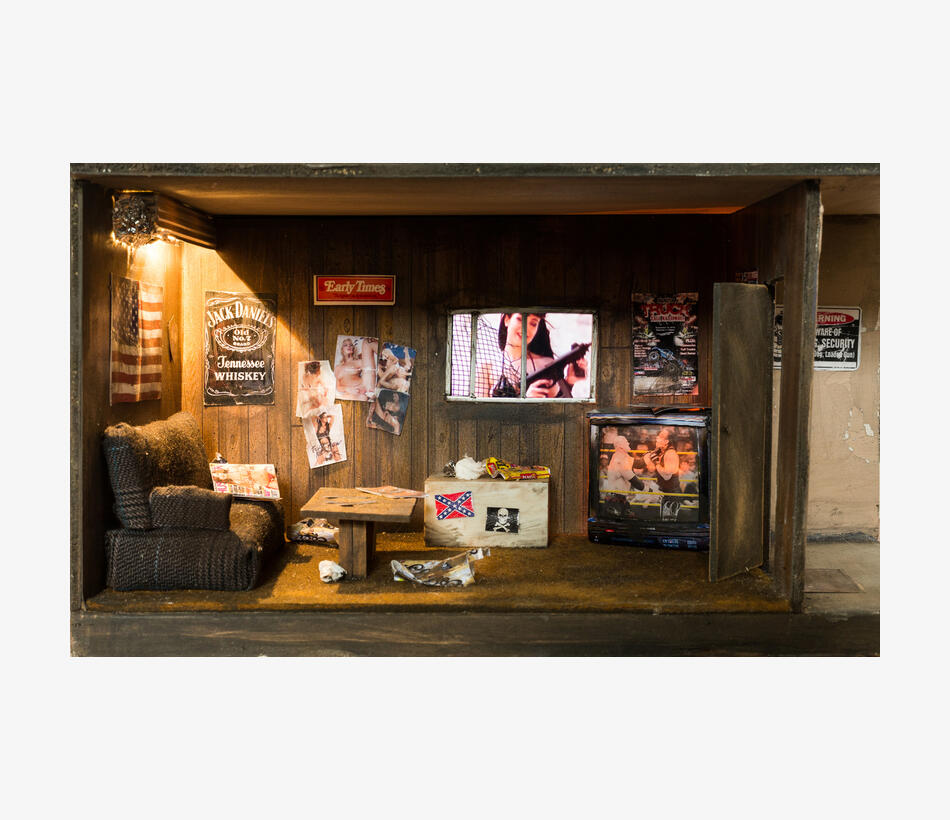 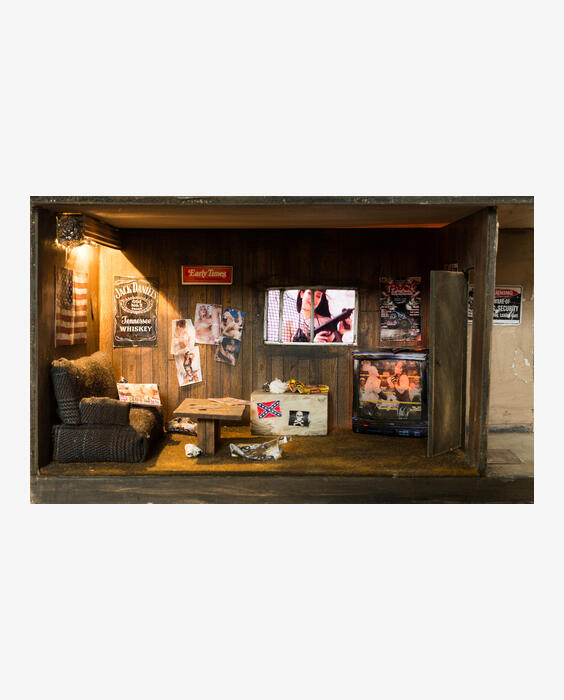 Tracey Snelling’s spaces are carefully arranged with great attention to detail. They have the appearance of theatre backdrops where the protagonists have a significant presence, despite their absence. ‘Flaghouse Room 2’ is a simulation of the living room of an American racist. The song ‘A Country Boy Can Survive’ can be heard. At the same time, a video can be seen through the window which features content such as weapons and racism, based on various edited clips which brings a political reality to the fictitious presentation.