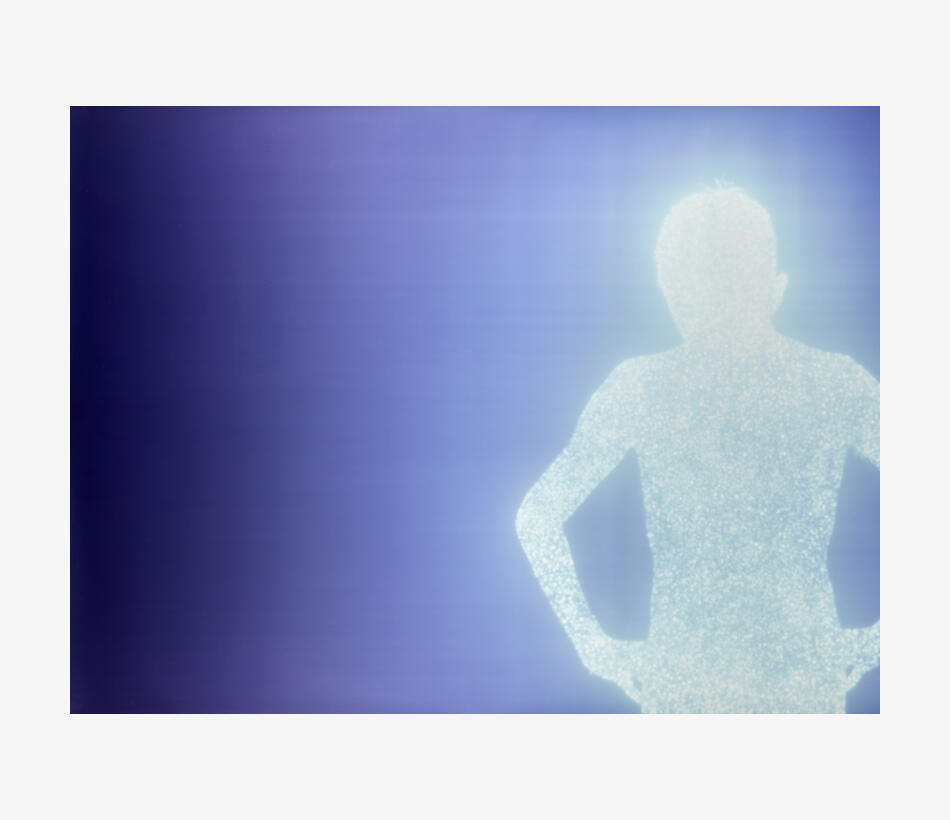 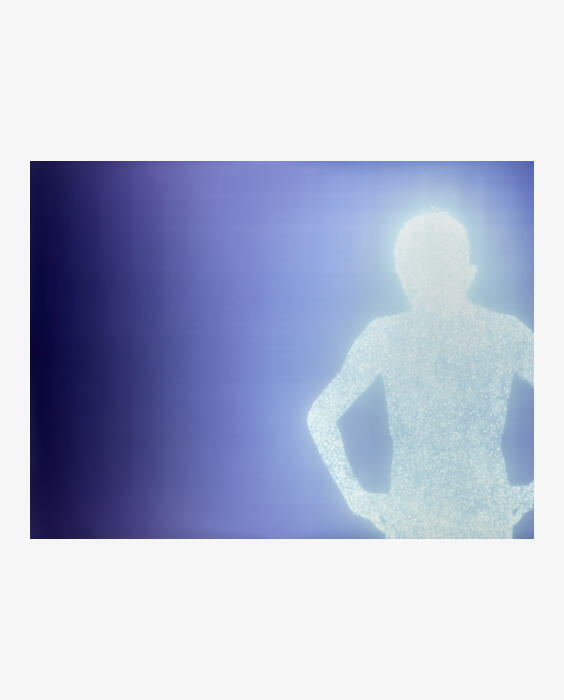 In the 1990s, Christopher Bucklow embarked on a series of striking, large- format portraits he called “Guests” and “Tetrarchs”, and which he is still working on today. The figures shown in the pictures are all taken from the artist’s personal environment and appeared to him in dreams. Bucklow transfers the silhouettes of the ethereal visitors from the world of his dreams to a physical level, making them visible to the human eye. With thousands of tiny pinholes, he draws the outlines of the figures on tinfoil, then uses this as a lens and lets the sun do the rest. A solar image penetrates every single aperture and lands on the photographic paper placed opposite, giving rise to unique bodies of made of thousands of images of the sun’s disc.