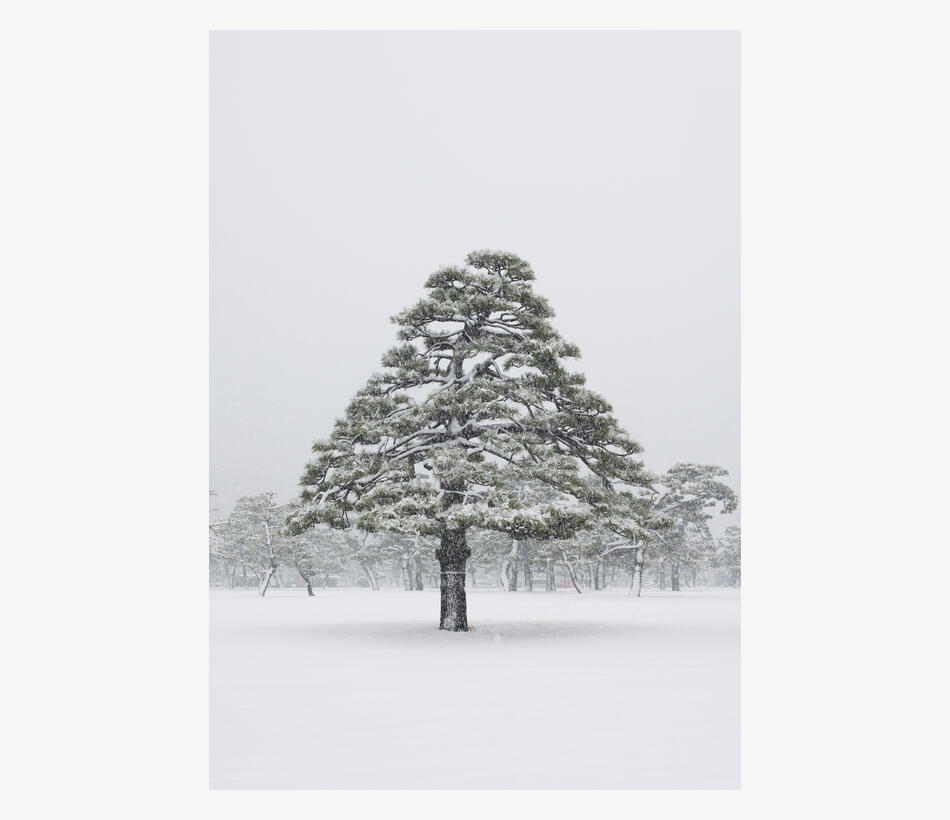 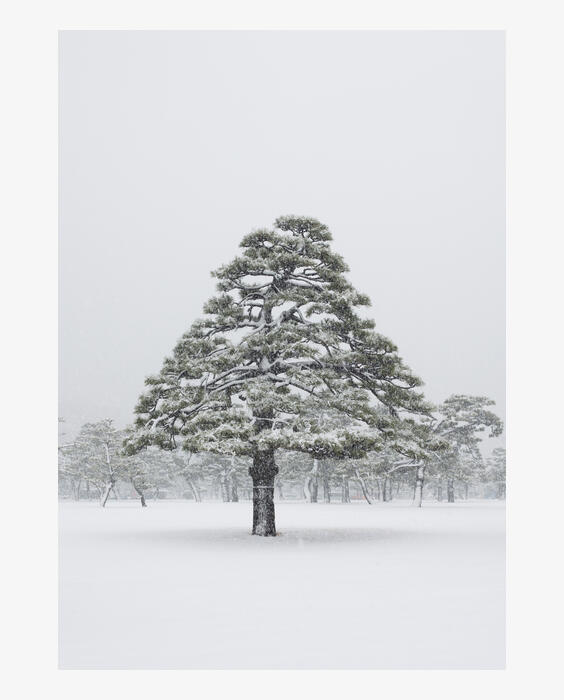 In his works Jens Liebchen discusses various political and social issues. He created his System series during his three years (2010 – 2013) in Tokyo. Inspired by the Imperial Palace, the centre of Tokyo both culturally and politically, he photographed pine trees in the East Gardens of the Imperial Palace (Kōkyo Higashi-gyoen) during a snowstorm. In the background, behind a thick scurry of snow, we can vaguely glimpse the silhouette of the mega city, while the trees in the foreground, individually and in groups, emerge like actors on a stage. Their growth is subject to strict guidelines and their shape is systematically controlled by man – a regime which Liebchen sees as reflecting the conventions of society while also challenging the interpretation of nature as a reflection of society. 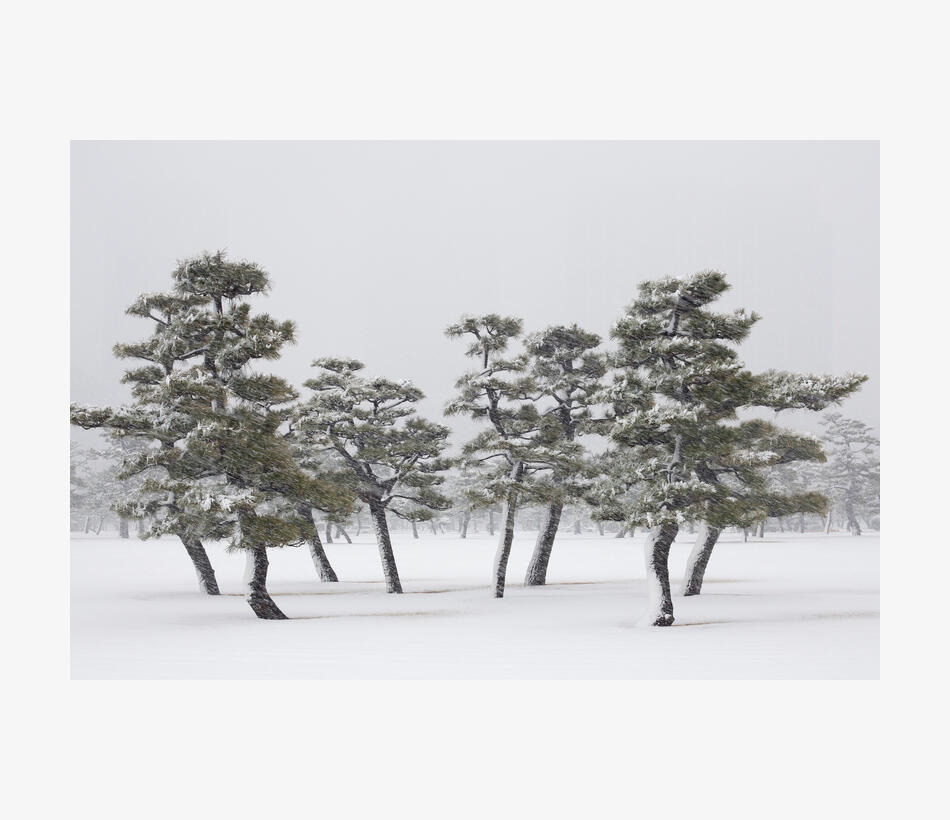 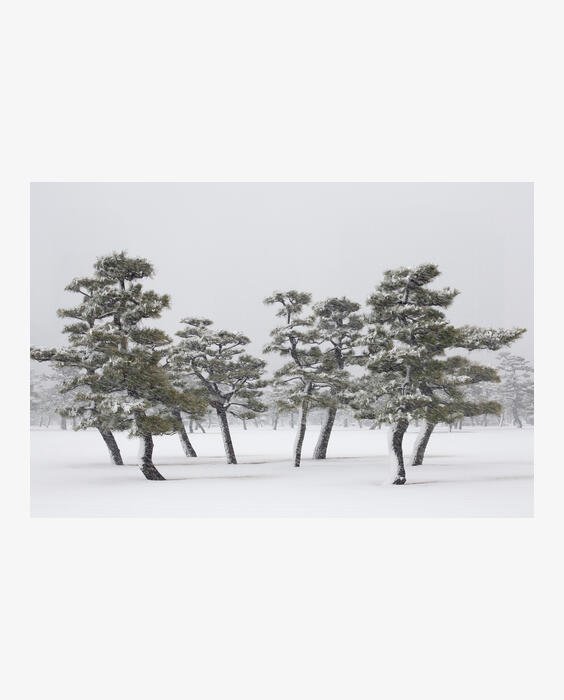