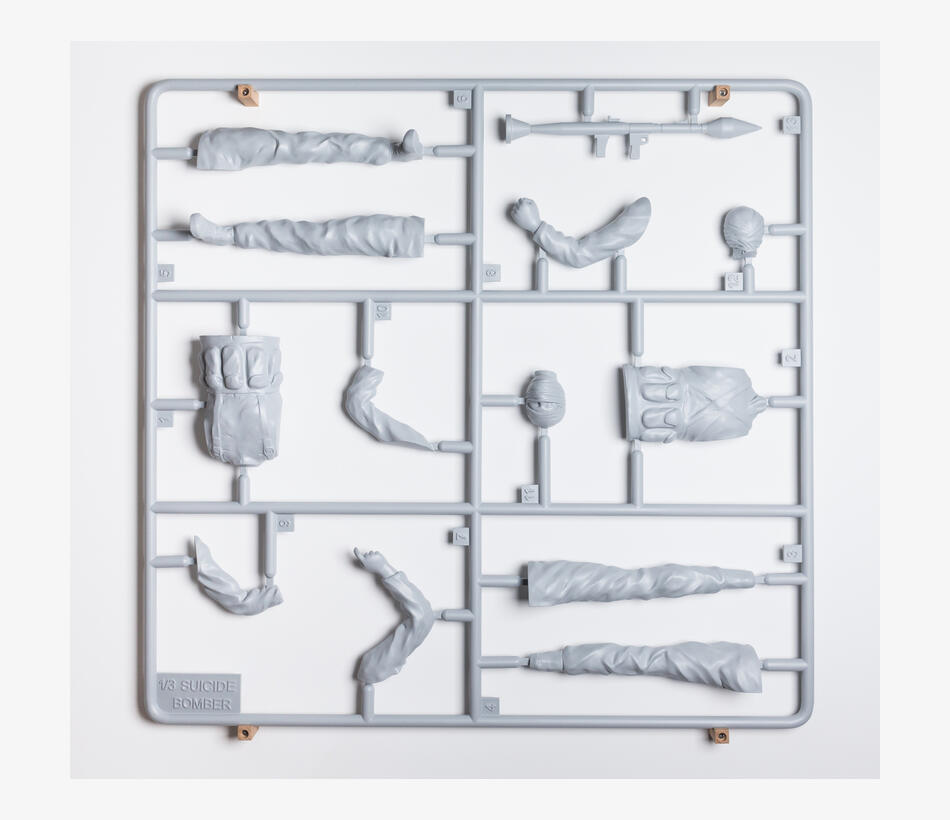 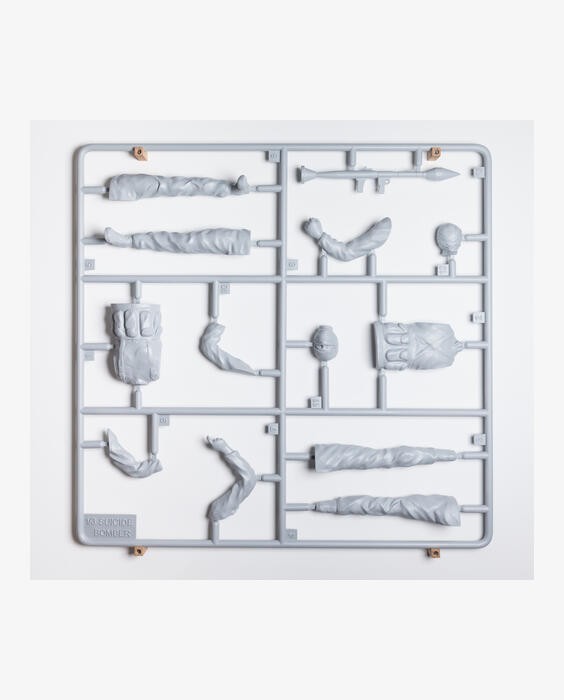 Taking world events as his starting point, Robert Kunec addresses current events and political subjects in his approach to his art, dealing with political, moral and religious content. With Suicide Bomber 1:3 (2015) he has created a sculptural construction kit for a suicide attacker, suggesting profound levels of meaning. From terror, fanaticism, the urge to self-sacrifice, and the human being who is used like a plaything, dehumanised and tossed around in a game of military strategies, to the dissemination of images of force and fear in the mass media and the instrumentalisation of such images by the media.