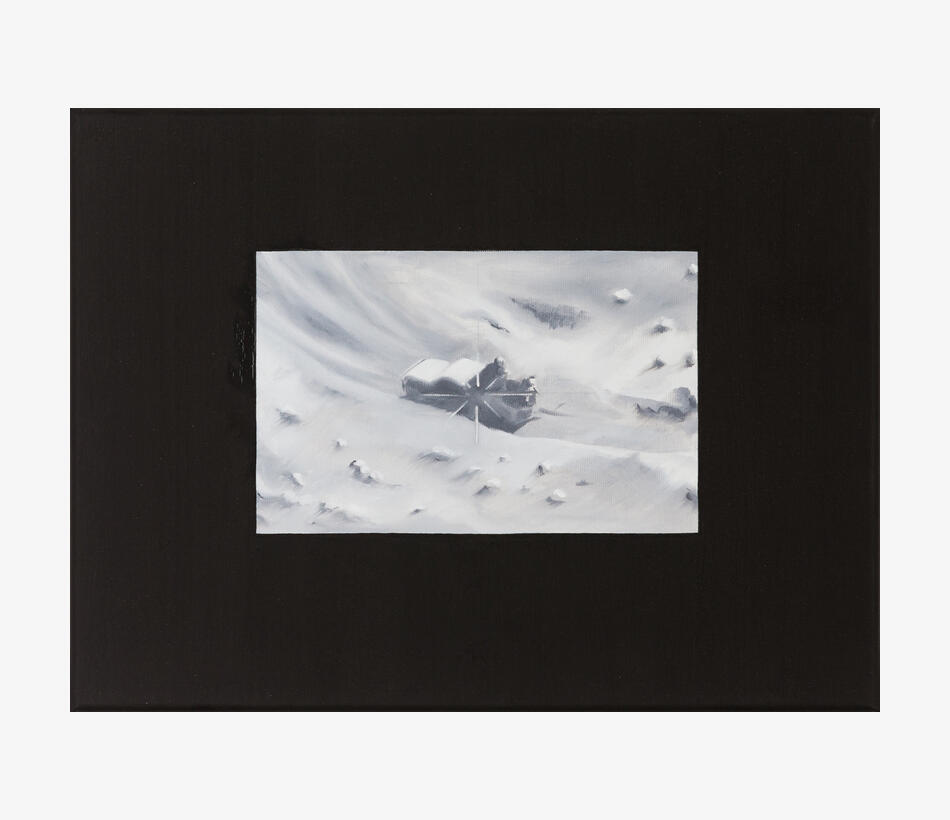 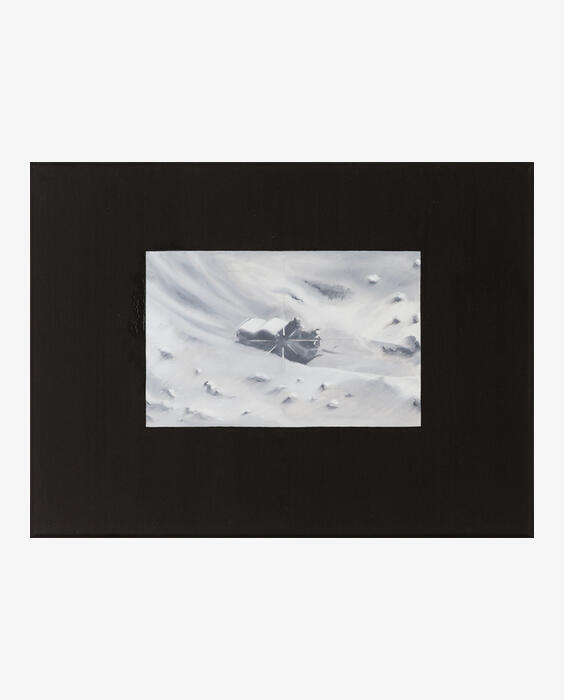 Jon Shelton’s time-sensitive confrontation with current political and military issues and happenings is reflected from the angle of a drone in these two small-scale works. The black & white portrayals show target views from combat drones and, together with the title ofRifle (Now You See 'Em), immediately reflect the explosiveness of the situation which Jon Shelton dramatically brings to life in Splash (Now You Don’t). Participation in the event through the view window is both direct and creates distance, enabling other levels of interpretation on the issues of truth and manipulation through political discourse on drone warfare. 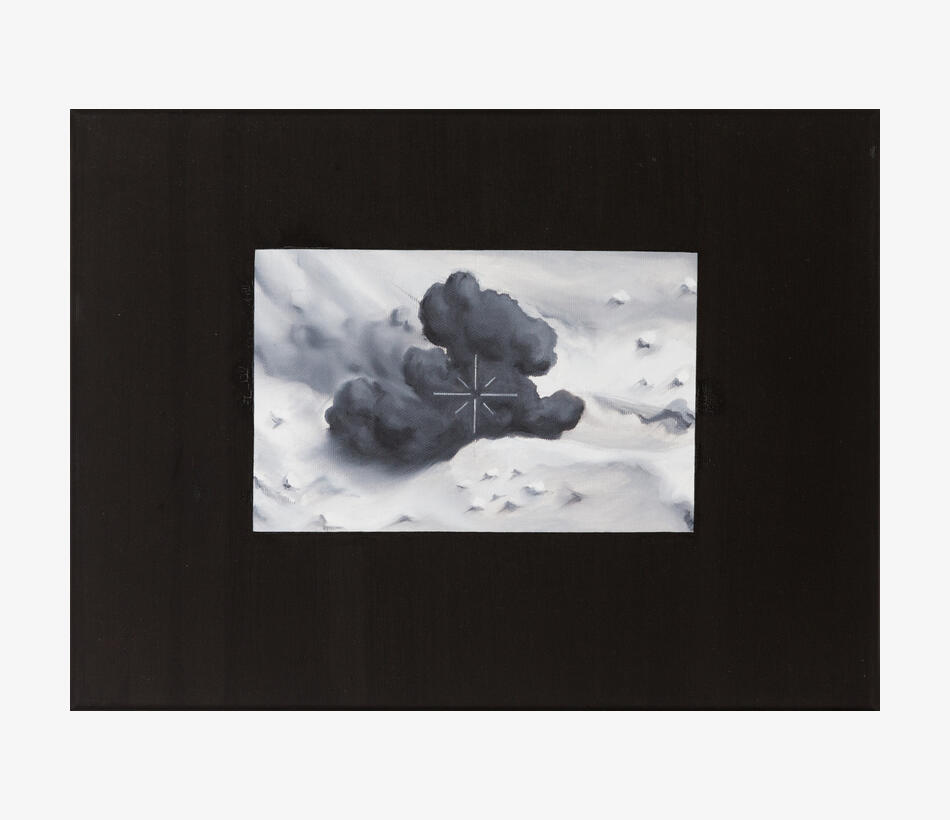 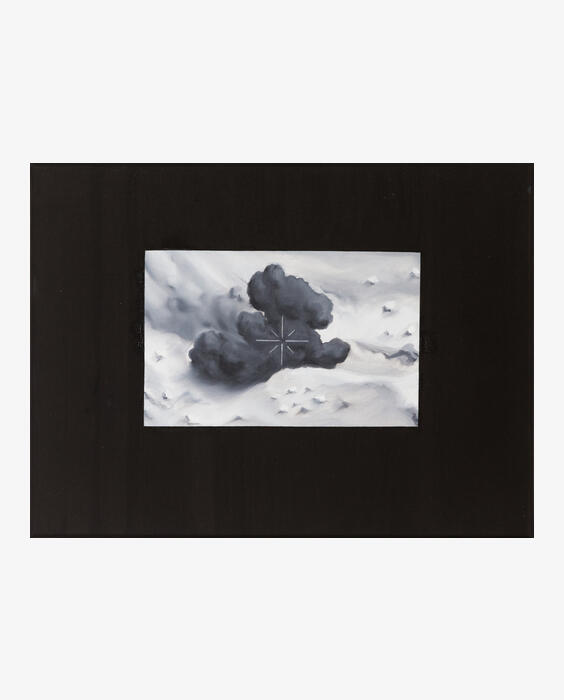 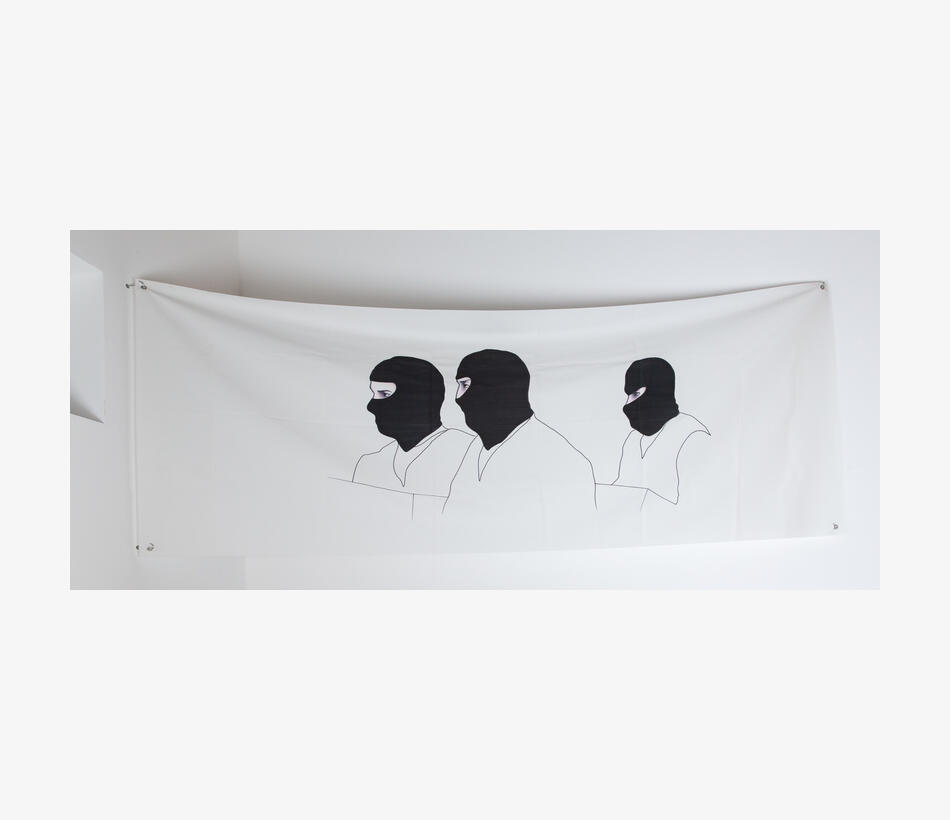 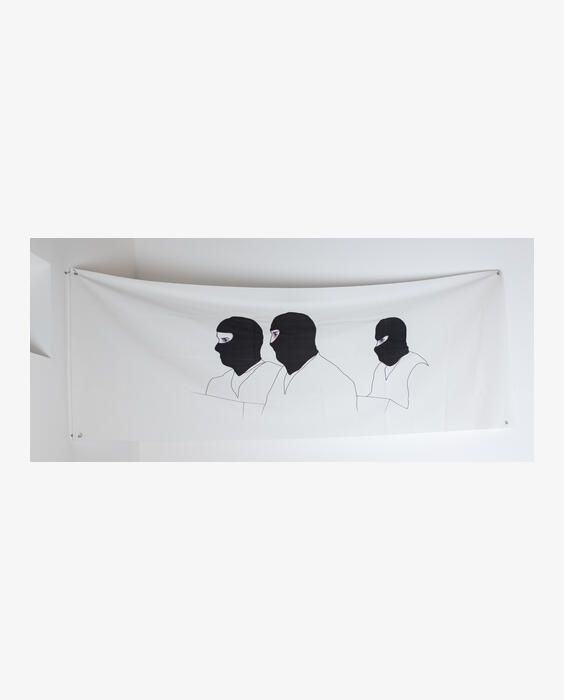 In the portrayal of the shell and core, inside and outside, visible and invisible, the message of the menacing mask, indicative of current global political events, is not clearly attributable and the statement about the further course of the project is uncertain. Under the meaningful gaze of three men, Jon Sheton quotes two portraits of rulers by Holbein the Younger and takes the portrait of a policeman in the fight against terror from a current news magazine. This creates an additional contrasting level and the artist draws parallels in the dissemination of fear and terror between the past and present. 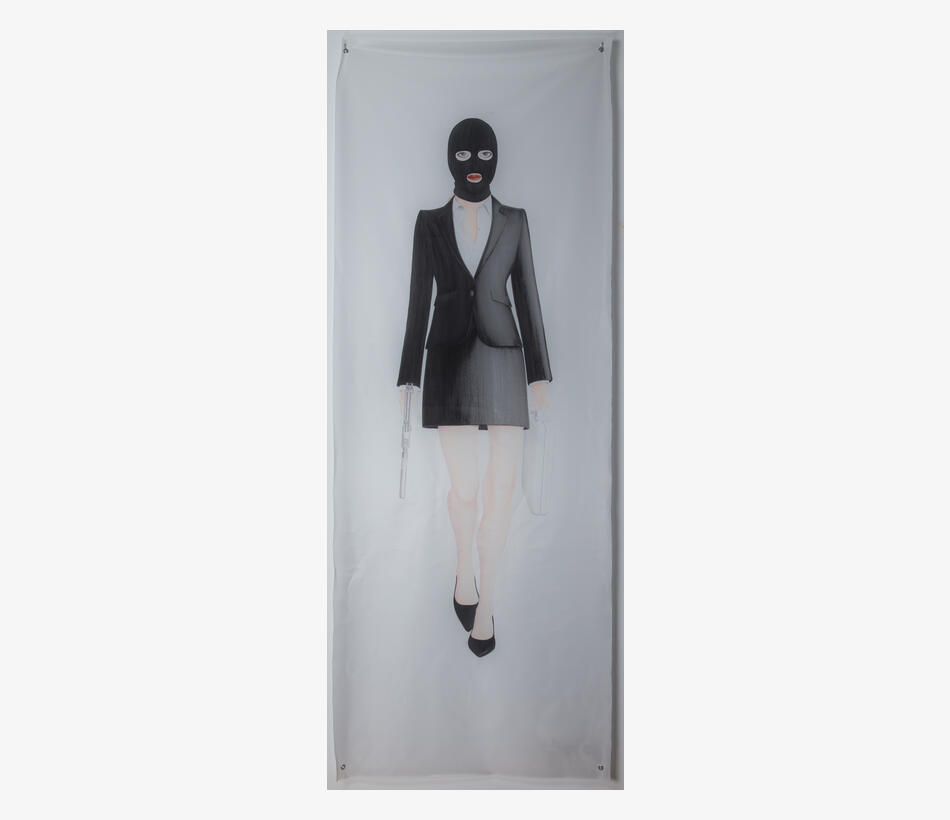 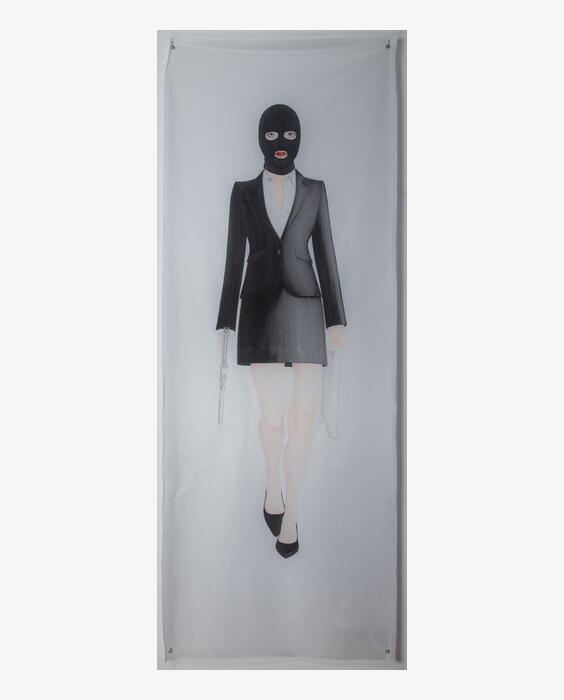 Jon Shelton depicts a woman with a weapon and balaclava ready to fight and defend herself as a social statement and therefore transports the traditional gender role far beyond the social rulebook. The striking allusions to violence and terror in conjunction with female attributes evoke associations with global politics and conjure up an image which shows something to be seen yet without showing everything – everything remains open and ambiguous.